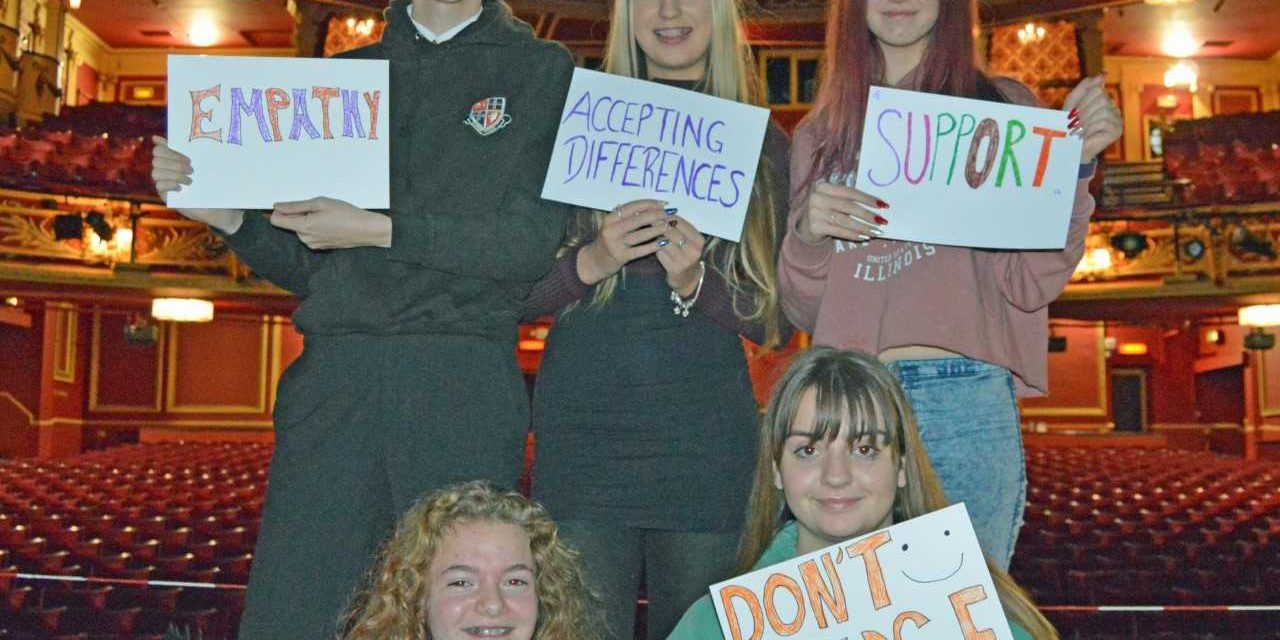 Imagine what can be achieved when powers combine for the GOOD? A collaboration between the award-winning West End Musical, WICKED and global leader in live theatre, the Ambassador Theatre Group (ATG) has seen two powers join forces to tackle the poignant subject of social media and bullying.

The epic line from the award-winning production, ‘everyone deserves the chance to fly’ has been at the forefront of ‘SMOKE AND MIRRORS’, a UK wide programme of locally driven projects with national significance, that seek to meaningfully and creatively raise awareness of issues around social media and bullying.

The project has been focussed on raising the awareness of diversity, difference and how theatre brings people together, whilst utilising synergy with the storyline and themes of global hit, WICKED.

To date over 2,450 children and young adults across the UK venues have been supported and it is envisaged that thousands more will be reached indirectly through social media sharing and impact by the time the project ends in Spring 2019.

“We were extremely excited and privileged to have launched this project in Sunderland and it has been great to see impact it has had on participants over the duration of the project. The themes of WICKED are particularly resonant with young people today and the production expresses these in such an inspirational and accessible way.

As part of the project we worked with young people from across Sunderland to explore the themes of social media and bullying and how, this effects young people on a daily basis. Our Youth Theatre group were the first to connect with the project whilst WICKED was here in September 2018 and they have benefited from an inspired programme including weekly workshops, master classes and creative writing sessions to support the creation of their own film highlighting the pros and cons of social media.”

SMOKE AND MIRRORS is the first of ATG’s Creative Learning and Community Partnerships new Annual Nationwide Initiative, as part of a reinvigorated programme launched in Spring 2018 bringing together UK teams around a specific subject and challenge.

The national project is led by a group of dedicated Creative Learning and Community Partnership teams who are based in ATG’s venues across the UK (including Sunderland, Glasgow, Liverpool, Stoke, Milton Keynes, Brighton, Richmond and London’s West End).

The themes of social media and bullying have been addressed through working together with and in support of WICKED, the Anti-Bullying Alliance and a range of important local partners across the UK, to create an artistic led programme around these pertinent themes, engaging children and young adults in their local areas, cumulating in an evocative film that captures the voice and perspectives of participants across the UK.

“We are incredibly proud to be able to support and champion the Ambassador Theatre Groups inspiring national project, particularly as it mirrors our own long-standing commitment to raising the profile of the devasting effects of bullying in schools and society.

We hope that all of the young people who take part enjoy this fantastic opportunity to freely and safely express themselves and share their experiences and ideas in order to address that bullying in any form is not acceptable.”

An extensive UK and Ireland tour of WICKED ended in January 2019 and continues to wow audiences at the Apollo Victoria Theatre, London. A number of the project participants have had the opportunity to see the WICKED when on tour to their local theatre alongside embracing the project through workshops, talks and education resources.

“This exciting project has seen young people from areas across the UK engage creatively with their theatres to address the prominent and important topic of social media and bullying.

Partnership is firmly at the heart of what we do, and we are delighted that our teams have worked with local partners across the UK, Anti-Bullying Alliance, as well as WICKED when on tour and in London, alongside their fantastic learning team on this national project.

The synergy between the theme of the project and WICKED has and will continue to provide incredible opportunities to inspire and inform the experiences of the local young people who engage with this project.

This incredible creative learning work, aims to engage a diverse range of participants to connect with their local theatre; nurturing the next generation of theatre makers and contributing towards building the audiences of the future.” 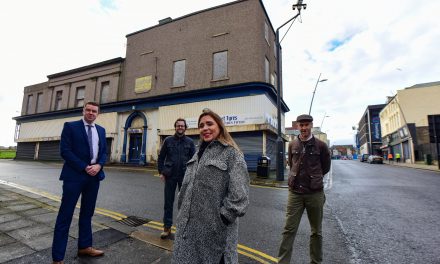