The festive season may be upon us but Sunderland Empire are set for a dose of fun in the sun when Benidorm Live checks in for one week only next month.

Derren Litten’s smash hit ITV comedy is set to bring sunshine and smiles to the Sunderland Empire stage from 14-19 January.

ITV’s award-winning comedy celebrates over a decade of all-inclusive hilarity, having followed the ensemble cast of holiday makers and staff for ten series since it first broadcast in 2007.

Critically acclaimed, Benidorm has received two National Television Awards a TV Quick Award and nominations at the British Comedy Awards and BAFTAs since it first broadcast in 2007.

Derren Litten has now written an all new set of Alicante escapades for the much-loved cast members as they swap sangria for the stage – after a quick spruce up at the Blow ‘n’ Go!

After leaving school in Hull in the late 1980’s Derren Litten spent a year working as a professional magician whilst auditioning for drama schools.  He won a place on the 3 year acting course at the prestigious Central School of Speech and Drama where he met fellow student Catherine Tate.

After 10 years of working as an actor, Derren was asked by Catherine to write for her newly commissioned TV sketch show, The Catherine Tate Show; in which he also appeared in many of the sketches.

After co-writing and appearing in two series and a Christmas Special, Derren was given a script commission by legendary comedy producer Geoffrey Perkins, “just write anything you want as long as it’s funny” he said; that show turned out to be ITV’s BAFTA nominated hit comedy Benidorm.

What inspired you to write Benidorm?

After co-writing and appearing in The Catherine Tate Show I was asked by the same producer, the late, great Geoffrey Perkins, to write my own show. I didn’t want to write a sketch show so I decided to write a more traditional comedy. Although I had never been to Benidorm and to this day I have no idea why I called it that.

Do the characters shape the story or is it the other way around?

In the beginning when I was still finding my way with the characters it was the latter, but as I got to know our crazy Benidorm family it definitely became the former.

Are the characters inspired by people you know?

I used to think not but sometimes, often years later, I’ll be watching an episode of Benidorm and it will suddenly dawn on me that The Oracle was someone I met on holiday in Egypt in 1998 or that Madge was named after my auntie who also had a daughter called Janice.

The actors we see on-screen are the ones on stage. Did they need much persuading to tread the boards and do Benidorm Live?

You’ve got to be kidding! They all jumped at the chance. In 10 series of Benidorm I’ve had 180 characters who had speaking parts. Obviously not all of those were regulars but when people heard I was writing a live stage show I got emails from many of them telling me they were available!

It was a very difficult choice of which of the regular characters to put in the show but I let the story dictate that.

I’m not sure there would be much space for another person, even though I’ve just lost 5 stones in weight! Maybe Pauline as she’d spend most of the time at the bar leaving me to top up my tan in peace.

Which of the actors most closely resembles the character they play?

None of them really, oddly the one who is least like their character is Pauline, Selina Griffiths who plays her is completely teetotal.

What can audiences expect their characters to get up to in the stage show?

The stage show is like the best episode of Benidorm ever with singing and dancing on top! If you watched series 10 you’ll be wondering what is the fate of The Solana Hotel and everyone’s jobs, come to see the live show and you’ll find out.

Derren Litten is an amalgamation of every character that has ever been in the show. Yes, I’m as terrified by that answer as everyone else should be. 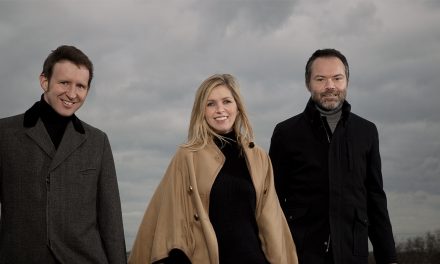 Sunderland has ‘A Way with Words’ 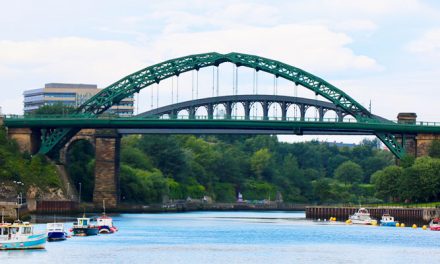 WHAT’S ON IN SUNDERLAND