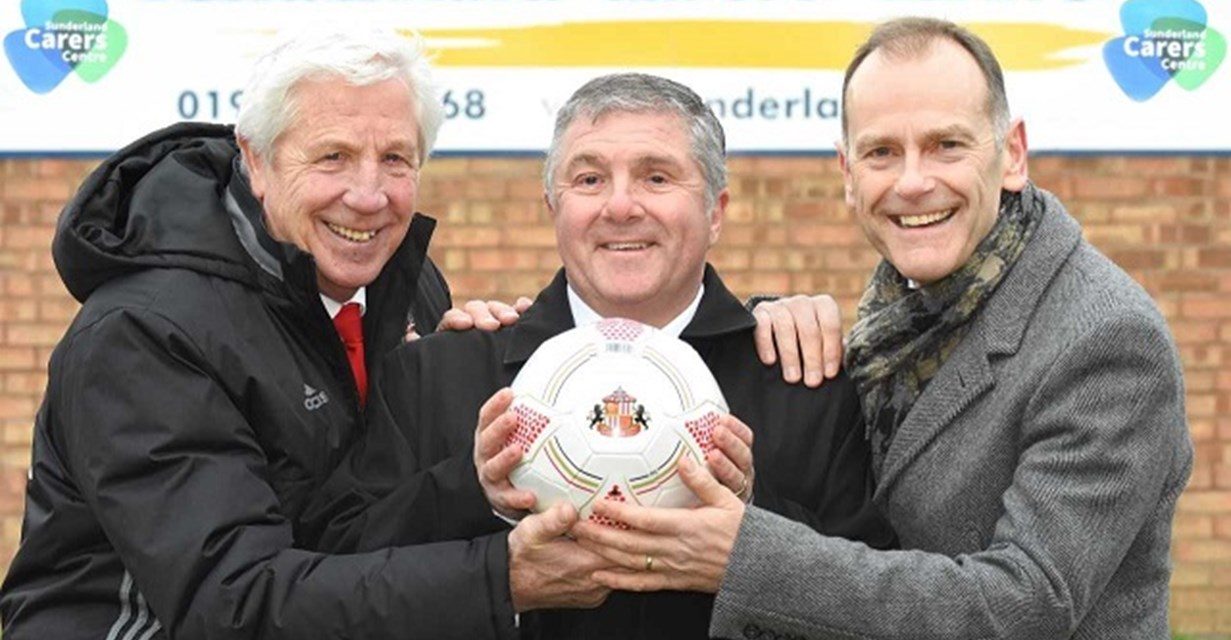 Two of Sunderland’s most famous sporting sons have signed-up as patrons of one of the city’s most vital charities.

SAFC icon Jimmy Montgomery and BBC Look North presenter, and sports desk host, Jeff Brown have joined Sunderland Carers Centre, aiming to champion the cause of those who care for the city’s carers.

The duo, who, as children, both played in the streets surrounding Southwick where the charity HQ is located, did not hesitate to sign-on the dotted line for the centre.

Indeed, the location brings back memories for Jimmy, who honed his famous goalkeeping skills between two trees in Thompson Park, directly behind Sunderland Carers Centre.

“As kids, Thompson Park was our Roker Park and this particular patch of grass was our pitch,” said Jimmy. “These trees were the posts of the first goal I ever kept, as I always loved playing in net, although they are a lot bigger now than they were when I was a lad.

“However, I didn’t sign on as Patron just for the trip down memory lane. The work being done at Sunderland Carers Centre is incredible and touches the lives of almost every family in the city.

“If Jeff and I can raise awareness of its work and help just a handful of people, who may be struggling to cope, find their way to this vital facility, it will have been worth it.”

Every year, Sunderland Carers Centre provides essential support to thousands of carers, all looking after someone with a long-term illness, disability or frailty.

Jeff Brown said: “At any point in our lives, we could become a carer. In fact, many people probably already are and don’t realise it.

So, it is incredibly reassuring to know that places like Sunderland Carers Centre exists to provide support, guidance and practical advice for people.

“Like Jimmy, I’ve been incredibly impressed with the work of the dedicated professional staff at Sunderland Carers Centre and I’m very proud to have been approached to become a patron.

“I’m delighted to be part of the team and help shine a spotlight on the centre and hopefully help some of the carers across Sunderland access the help that could greatly improve their lives and the lives of the people they are looking after.”

Jimmy and Jeff have met staff and some of the users of the centre, and have agreed to host and speak at some of the charity’s events later in the year.

Sunderland Carers Centre Chief Executive, Graham Burt, said: “I’m delighted that two of the city’s favourite sons have agreed to join us and help champion the amazing work of more than 32,000 carers that we know of across Sunderland.

“Both Jimmy and Jeff did not hesitate to sign up as patrons, ironically, agreeing to join us on transfer deadline day!

“They have already done so much for our city, Jeff recently among the many Wearside “faces” lending vocal and passionate support to the City of Culture bid and Jim for his tireless work with SAFC and the SAFC Foundation.”

Sunderland Carers’ Centre offers a confidential information, advice and support service to carers throughout the city of Sunderland (including Houghton-le-Spring, Hetton-le-Hole, Easington Lane and Washington).

Services are confidential, non-judgemental and impartial and it acts as the “centrepoint” of support for all unpaid carers in Sunderland.

It is an independent, voluntary organisation, registered as a charity, and is a Network Partner of the Carers Trust, funded primarily by Sunderland City Council and the Sunderland Clinical Commissioning Group (CCG). 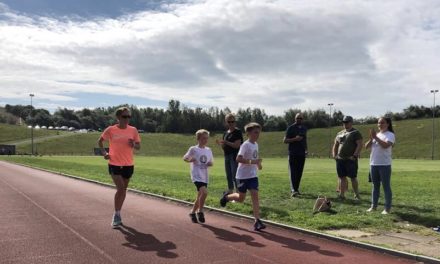 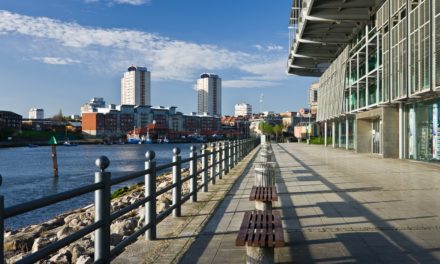