To celebrate the arrival of Gary Barlow and Tim Firth’s CALENDAR GIRLS THE MUSICAL this March, Sunderland Empire has got behind Sunderland Business Improvement District’s #ShopSunderland initiative for 2019!

Inspired by the extraordinary story, local businesses and services have dared to bare to showcase the excellent range of facilities available in Sunderland.

The images will be used to produce 1000 table talker calendars which have been funded by the show’s producers and will be distributed for free to Sunderland businesses to remind workers of the great facilities available on their doorstep. Copies will also be available to collect from the Sunderland Empire Box Office and some of the businesses who took part in the calendar from Wednesday 16th January.

David Pugh & Dafydd Rogers, the producers of Gary Barlow and Tim Firth’s musical comedy, CALENDAR GIRLS The Musical, based on the true story, the film and the award-winning play by Tim Firth, Calendar Girls will bring the marvellous musical comedy production to Sunderland Empire for one week only, 19-23 March 2019.

Gary Barlow said: “It’s brilliant that the people of Sunderland have been inspired to create their own calendar, just like the ladies of the Rylstone and District WI did 20 years ago. The calendar girls effect shows no sign of slowing down anytime soon!”

The Shop Sunderland campaign aims to recognise the many local and independent businesses available to support in Sunderland city centre. The campaign was initially launched last December by the Sunderland BID with a series of video interviews on the lead up to and after the UK’s Small Business Saturday celebration.

Sharon Appleby, Head of Business Operations, Sunderland’s Business Improvement District said: “We are incredibly fortunate to have such a wide range of independent businesses, retailers and services in the city centre and this is a great way of showcasing that.

We are delighted Sunderland Empire has chosen such a fun, creative way to show its support for our Shop Sunderland initiative – it is a brilliant example of what we can achieve when we all work together.”

Claire Pickersgill, Communications Manager, Sunderland Empire said: “It has been fantastic to work with Sunderland BID to support their #ShopSunderland initiative further linked to the arrival of Calendar Girls the Musical. We are committed to supporting the increase of footfall into the city centre and this collaborative promotion fits intrinsically with this. We’d like to thank all businesses who got behind the calendar, we had a lot of fun making it!”

CALENDAR GIRLS THE MUSICAL is inspired by the true story of a group of ladies, who decide to appear nude for a Women’s Institute calendar in order to raise funds to buy a settee for their local hospital, in memory of one of their husbands, and have to date raised almost £5million for Bloodwise. This musical comedy shows life in their Yorkshire village, how it happened, the effect on husbands, sons and daughters, and how a group of ordinary ladies achieved something extraordinary. 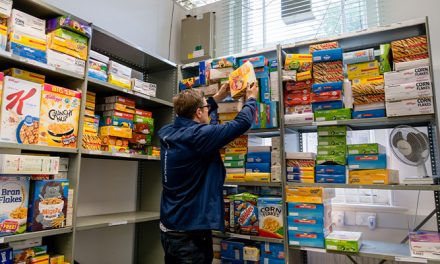 LOOKING AFTER OUR OWN: SUNDERLAND FOOD BANKS NEED YOUR HELP 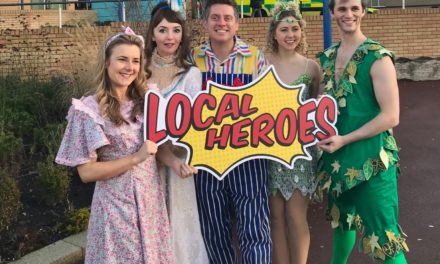 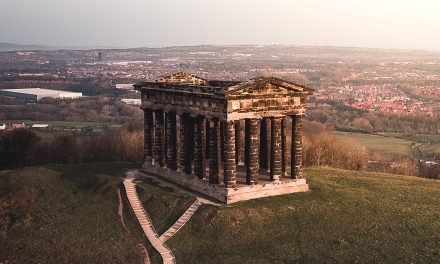