Emeli Sandé MBE installed as Chancellor of the University of Sunderland

Multi-platinum selling singer and songwriter Emeli Sandé MBE today said a special thank you to her parents as she was officially made Chancellor of the University of Sunderland.

Having moved to the North East from Zambia, Emeli’s father Joel met her mother Diane while they were both at what was then Sunderland Polytechnic, later becoming the University in 1992.

Today, the whole family returned to their Wearside roots as they attended the University of Sunderland’s graduation ceremonies, currently being held at the Stadium of Light.

The new Chancellor took to the stage to present her parents with their official graduation certificate, which Joel and Diane were unable to collect after they graduated in 1987, due to the birth of their daughter.

Joel and Diane were also on hand to share some family pictures of Emeli from their years in the city.

Emeli moved with her family to Aberdeenshire in Scotland when she was four. She attended the University of Glasgow, from where she graduated with a degree in neuroscience.

Writing her first song at the age of 11, she showed a keen talent for music. Her passion for music ran alongside her studies while at university, where she continued to write and perform at gigs across Glasgow, honing her talent.

Emeli’s debut album Our Version of Events, hit Number 1 in the UK charts and has sold over 5.4 million copies to date.

It was the biggest selling album in the UK in 2012 and 2013 and is certified platinum seven times in the UK and Ireland.

Her memorable performances at the opening and closing ceremonies of the London 2012 Olympic Games brought her to the attention of almost a billion viewers and led to a performance at the White House for Barack Obama.

Her videos have had over 340 million views, she’s sold 19 million singles, with three hitting Number 1 in the UK.

Emeli was appointed Member of the Order of the British Empire (MBE) in the 2017 Birthday Honours for her services to music.

Emeli is at the height of her very active career. Her third album, Real Life, is released on 13 September, after which she will begin her extensive UK tour. Her new single Shine is released this Friday (12 July).

Emeli said: “I was deeply honoured to have been asked to take on this important role and I was delighted to accept.

“It comes at a time when I’m very comfortable with who I am and I’m ready to connect with people through my music, my charity work and also now, through education.”

University of Sunderland’s Vice-Chancellor, Sir David Bell, said: “We are delighted that someone of Emeli’s standing and with her deep connection to Sunderland has agreed to become our new Chancellor.

“Her installation ceremony was particularly special because her parents were able to join us. It was wonderful to welcome them back to the city.

“Emeli’s values accord with those of the University and she will be an inspirational role model to our students and fantastic advocate for what we are committed to achieving for our University community, the North East region and beyond.

“We’re really excited about working together with her in the months and years ahead.”

Bryan Pepple, President: Activities at the University of Sunderland Students’ Union says: “It is very exciting to see such an inspirational woman confirmed as the new Chancellor at Sunderland.

“The Students’ Union shares her belief that education can be life changing and we were delighted to welcome her to the University at this summer’s graduations.”

Emeli concluded: “Today feels a lot like coming home – my parents studied here together and I was born here. So I have a deep connection to Sunderland.

“Both of my parents were the first in their family to study for a degree. Education for them, as for so many people, was life changing.

“I am thankful for so many things and so many people, but my greatest thanks go to my mum and dad who made sure my sister and I knew the importance of having access to education.

“I know that not everyone has that support network, I don’t take it for granted.

“I want to use my time as Chancellor to break down barriers to education, to ensure that people see their worth and that they aspire to reach their potential.

“This University is committed to ensuring that education and opportunities are accessible to all, that anyone can follow their passions, just as I have been fortunate enough to do. I share that commitment.” 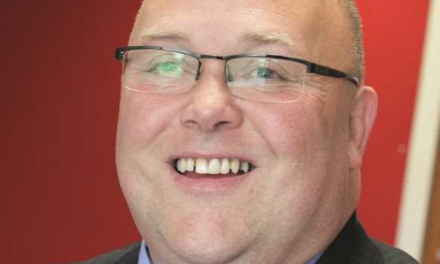