Emeli Sandé MBE was born in Sunderland on 10 March 1987. Her father Joel, having moved from Zambia, met her mother while they were both at what was then Sunderland Polytechnic, which became the University of Sunderland in 1992. Emeli moved with her family to Aberdeenshire in Scotland when she was four.

Emeli wrote her first song at the age of 11 and showed a keen talent for music. One of Emeli’s many influences has been the artist Frida Kahlo, whose strength, bravery and fearlessness were an inspiration to her when she made the decision to pursue a career in the tough and competitive music industry.

Other key influences were the work of Nina Simone, one of her favourite artists, and Alicia Keys – her parents took her to the see the Songs in A Minor tour when she was 16 years old. She identified not just with the work of Keys but also her background, “she too was a great student who’d been top of her class, who played piano and loved Nina Simone”.

Emeli’s debut album Our Version of Events, hit Number 1 in the UK charts and has sold over 5.4 million copies to date. It was the biggest selling album in the UK in 2012 and 2013 and is certified platinum 7 times in the UK and Ireland. She performed at the opening and closing ceremonies of the London 2012 Olympic Games and at the White House for Barack Obama. Her videos have had over 340 million video views, she’s sold 19 million singles, with three hitting Number 1 in the UK. Emeli was appointed Member of the Order of the British Empire (MBE) in the 2017 Birthday Honours for her services to music.

Emeli’s third album, Real Life, is scheduled for release on 21 June 2019 on VirginEMI and available for pre-order now. She performed the album live in its entirety at a special show in the Sadlers Wells Theatre in London on 20 May. A new song, ‘Extraordinary Being’, a collaboration with the X-MEN movie Dark Phoenix, will be released on Friday 24 May. More information here.

As an internationally acclaimed artist with strong values, Emeli has used her profile to support many important campaigns. Her powerful stance on social justice is evident through her songwriting, and she has also performed at fundraising concerts or led campaigns of her own, backing up her lyrics with action. 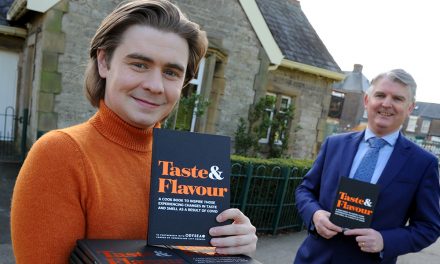