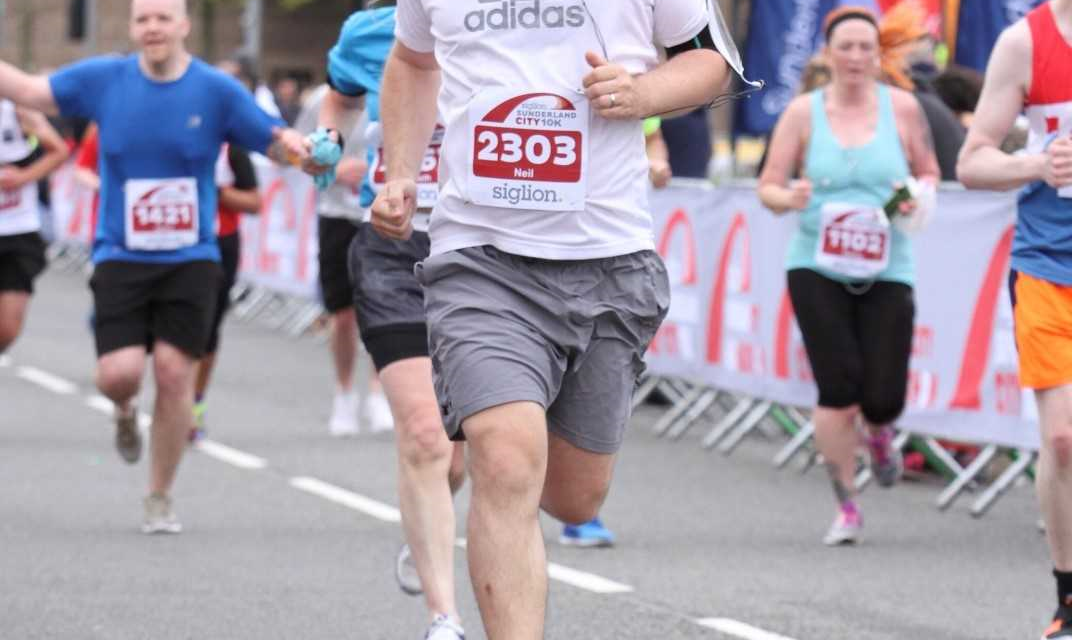 Generous Sunderland energy employees have come together to raise over £1,700 for their colleague who is due complete his fourth Great North Run in September.

Neil, who has been with EDF Energy for 18 years, will be running in honour of his late father Joe Grieves and former colleague Stephen Quinn, who both passed away suddenly due to heart related issues.

Staff at Doxford Park organised a dress down day to support Neil’s fundraising. Hundreds of staff donated to Neil’s cause and came to work in casual wear, many wearing SAFC shirts due to both Stephen and Joe’s love of the club.

Neil, who has completed local 10K runs as part of his training, has also set up a Go Fund Me page in which colleagues, friends and family have continued to donate. He hopes to raise £2000 in total.

Three years ago, Neil completed his last Great North Run for Prostate Cancer UK in memory of his late grandfather. Colleagues helped him raise over £1000.

Neil said: “I’m really lucky to have such supportive colleagues. It was a big shock to us all when Stephen passed away. He was friends with many here at Doxford and such a great, outgoing guy to work with.

“My colleagues know how much my dad means to me, he was such an inspiring person and continues to be my role model to this day.

“It only felt right to run for British Heart Foundation, a charity which continue to research and look toward cures for heart issues. I’m ready to do both my dad and Stephen proud.”

British Heart Foundation is currently funding vast research into heart and circulatory diseases. To date its research has contributed to new technology and increasing survival rates.

To find out more about Neil’s cause and to donate, go to: www.justgiving.com/fundraising/neil-grieves2

KIDS GET PLASTIC AWARE IN CLEAN UP AT THE BRIDGES…