Sunderland carers could benefit from an unexpected windfall thanks to one of the city’s most successful sons.

Sir Peter Vardy has offered Sunderland Carers Centre a £25,000 donation via his charitable Foundation, after visiting the centre to see for himself the vital work being carried out there.

And that figure will rise to £50,000, if the Centre can convince other organisations in the city to match fund the offer from The Vardy Foundation.

The philanthropist, who sold nationwide car dealership Reg Vardy Plc in 2005, is now dedicated to helping others, overseeing The Vardy Foundation, which has embedded the Safe Families for Children project across the UK, helping almost 7,000 children avoid being placed in care since it was established four years ago.

“We were contacted by the national organisation Carers UK about a funding bid for £2,500, and it just made us think there must be something locally we could support that would result in our investment having a far greater impact,” said Sir Peter.

“We discovered Sunderland Carers Centre and went in to meet the team and hear about the amazing work being done by this small but extremely dedicated team. They enquired about £2,500, but we thought we could do a bit better than that.”

The Vardy Foundation challenged the Carers Centre to come up with a more ambitious bid and agreed to a donation of £25,000 to the help enhance the “whole family approach” offer, so long as the Centre can achieve match funding for the offer.

Sir Peter added: “We have seen for ourselves the importance of the work being done by Sunderland Carers Centre and back it wholeheartedly, and we want others to do likewise.

“Our funding offer is to enhance the centre’s core service’s already making a huge contribution to people’s lives and it would be fantastic to see more city businesses and organisations back the Carers Centre and begin to understand and appreciate what a fantastic organisation we have on our doorstep.”

The investment will be used by the 0-25 Team at Sunderland Carers to enrich its “whole family approach”, which involves offering support to every family member and friend who plays a role in caring for an individual or individuals.

Sunderland Carers Centre assistant chief executive, Amanda Brown, said: “I can’t begin to explain how grateful we are to Sir Peter and The Vardy Foundation for this incredible offer – it is the single largest donation offer we have ever received from a private individual or organisation.

“Sir Peter has a passion for helping people. He believes in community and helping those less fortunate and we are delighted that he recognised the vital work we do to help carers across the city.

“We now have work to do – we must showcase the centre to other businesses and organisations in Sunderland, and, in turn, we hope they will step up and back Sir Peter’s faith in us to deliver an enhanced programme of support to all carers.”

Lisa Watson, who oversees Sunderland Carers Centre 0-25 support provision, said: “The offer by The Vardy Foundation is amazing and has the potential to make a real difference to hundreds of lives across Sunderland.

“We are optimistic that other organisations will see in us the same potential that The Vardy Foundation has seen and back this project that will massively enhance our service for young carers and families in Sunderland.”

The Vardy Foundation’s Safe Families for Children project has had an incredible impact since it was launched in 2013. So far, it has helped recruit 4,000 volunteers who work with 33 local authorities to provide acute support to keep young children out of care. A staggering 807 church and community groups offer voluntary support for the project, which has helped 3,000 families across the UK.

Sir Peter added: “It’s all about people helping people. There are large sections of society that have no idea the levels of poverty that people find themselves in, where families have no food in the fridge or no fridge at all. No washing machine and no means to pay bills.

“If we can help people improve their circumstances, then we should help – it’s a very simple concept.” 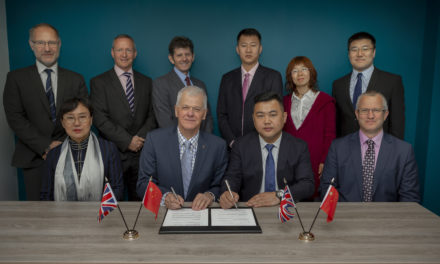