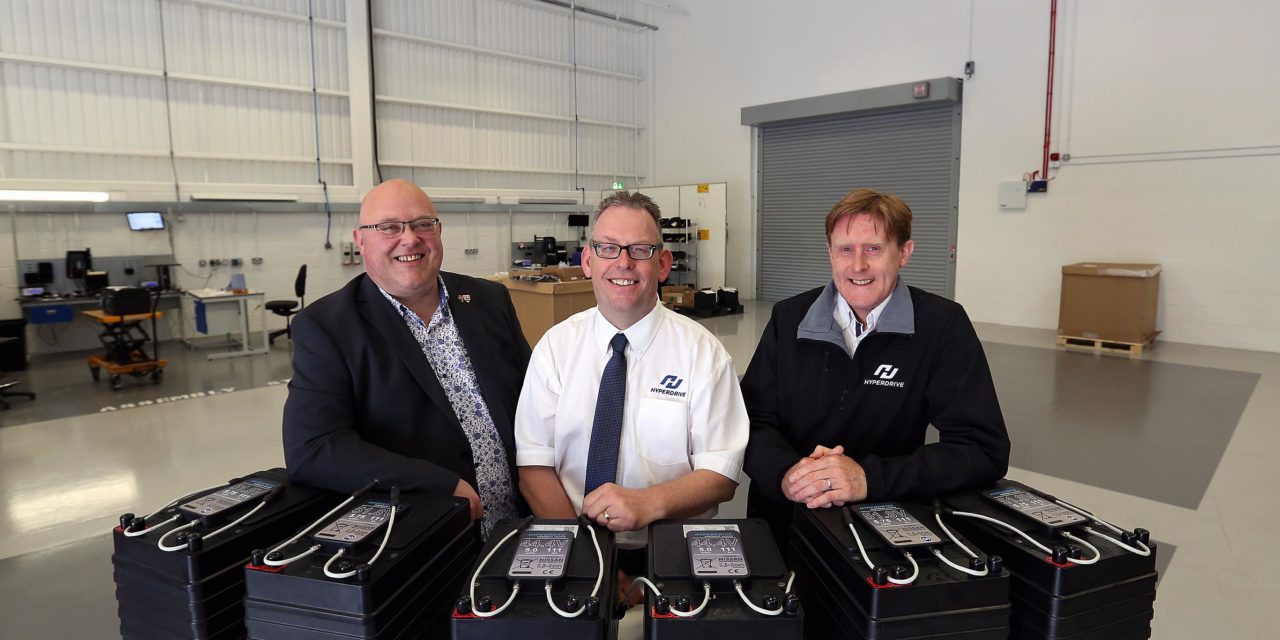 Sunderland battery manufacturer Hyperdrive Innovation has doubled the size of its production facility by taking over the whole of its base at the Future Technology Centre building next to Turbine Business Park.

The expansion makes it the largest dedicated battery manufacturing facility in the UK outside of original equipment manufacturers such as Nissan.

The company has also invested £350,000 in the last 12 months and created new jobs as it expands to meet global customer demand.

The expansion is part of a rapid rise to power since its launch in 2012. Hyperdrive aims to double turnover to £20m in 2020 by putting in place all elements to grow the business, which now includes customers such as JCB, Northern Power Group, Tharsus and Snorkel Lifts.

Hyperdrive’s chief executive officer Chris Pennison said that he expects to have produced 12,000 battery packs by July, as work continues to expand.

Chris Pennison added: “We’re taking over the whole of the Future Technology Centre, occupying all 21,000 sq ft, as we continue to grow globally.

“We’ve already taken on new employees this year, growing by 10 per cent, and intend to recruit more this financial year.

“We can see our growth trajectory because we’ve done the groundwork. We are expanding in managed phases, and are ready to fulfil customers’ requirements to meet changing regulations such as the Clean Air Zone.

“We get the right product to the right markets and we carry out rigorous research to ensure we continue to do that.

“Everyone is at the start of the journey on electrification, and we aim to show customers the routes to solve their problems, and the options they have.”

Hyperdrive, which employs over 40 people at its Sunderland HQ, makes battery packs for a wide range of electric vehicles including off-highway vehicles, municipal vehicles and autonomous and industrial machines.

Its technology is also used in Battery Energy Storage Systems – enabling power generated by solar panels, for example, to be stored and used when required.

The division is faring well, with a number of exciting developments, including a collaborative project with one of the UK’s market leaders in smart meter technology.

Global growth has been boosted with major deals including a £40m deal with Taiwanese manufacturing giant Foxlink Group last year to produce and sell Hyperdrive’s modular battery pack across Asia.

Hyperdrive has also invested £50,000 in a software system to help with manufacturing planning decisions, and enable efficient stock control.

Last year, the company was the only North East firm in the region to be named in the Sunday Times’ TechTrack100, which ranks the UK’s fastest growing independent technology firms.

The authority helped the company to secure its base in the Future Technology Centre near Nissan’s Sunderland plant.

It has also assisted in organising overseas trade missions and in generating and protecting its intellectual property.

Chris Pennison said: “We very much appreciate the dynamic and forward-thinking approach of Sunderland City Council’s Business Investment Team, and their help in identifying the Future Technology Centre for us, which is a great location for our customers and our outstanding workforce.”

“Its phenomenal growth and global success will bring new opportunities and highly skilled jobs to the city, and help to solve urgent energy and environmental challenges worldwide.  We’re delighted to work alongside Hyperdrive as it grows.”

To find out more about investing in Sunderland go to www.makeitsunderland.com. 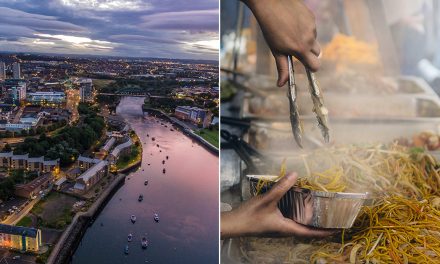 Sunderland to Host Food and Drink Festival This Summer… 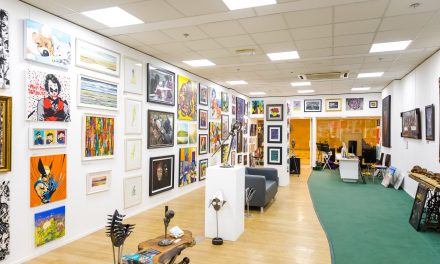 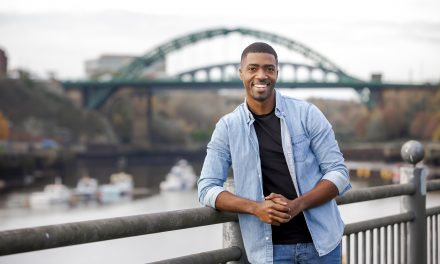