With International Women’s Day landing on 8th March, we’re taking a look at the women who shaped Sunderland’s past and the women shaping Sunderland’s future.

Introducing the Rebel Women of Sunderland; a stunning project from Sunderland Culture that shines a light on the lives of Rebel Women from the city, with specially commissioned artworks and stories from Kathryn Robertson and Jessica Andrews…

Heroines of the past…

During World War Two, when men joined the army, more than 700 women stepped into their big steel toe caps, pulled on their overalls and got to work.

Sunderland was once known as ‘the largest shipbuilding town in the world’ and the ships built by women during the war were vital in carrying food and fuel supplies.

America’s shipyards rusted and languished without men to run them, and people across the world looked to the fierce women mending, hammering and storming Sunderland’s docks for inspiration.

They worked 12-hour days, then went home to peel potatoes, sweep hallways and read bedtime stories to their children.

They tingled with fear as the threat of bombs loomed over them. They thought of their husbands and brothers, who might never come home.

Florence worked as a welder at Bartram & Sons shipyard and she was the first woman ever to be granted membership to the Boilermakers’ Society union.

Marion Phillips was Sunderland’s first female MP. She was elected as a Labour candidate in the first-ever election in which men and women had equal voting rights.

She marched down to the shipyards in her round glasses, demanding free trade and paid holidays for the shipbuilders.

A salty wind blew up from the Wear and whipped her face, but she wrapped her big coat tightly around her shoulders and stood her ground. The workers cheered and stamped their feet.

She was a fierce feminist who wanted working-class people to enjoy their lives.

Kate Adie was born by the sea in Whitley Bay and adopted by a family of pharmacists in Sunderland.

She grew up among the clink of cough mixture bottles and the soft pop of chalky pills in foil packets. She went to Newcastle University and spent afternoons studying in Leazes Park, until she got her first job in journalism at BBC Radio Durham.

In 1980, when the London Iranian Embassy came under siege, Kate sat in a car below the embassy for six days, as gunshots rattled the terraces. When the SAS team entered the building through the upstairs windows, it erupted into orange flames and dark walls of smoke choked the street. Kate made a live BBC broadcast crouched behind her car door, interrupting the quiet of the World Snooker Championship.

She remained calm before one of the largest live news audiences ever recorded, and became a household name.

Ida and Louise Cook were born in a red-bricked terraced house with bay windows in Millfield.

They moved to London to work as typists for the Civil Service, where they visited the red velvet heart of the Royal Opera House. They fell in love with the gold-flecked ceiling and the lamps that blazed from the seats.

To avoid suspicion, they stayed at a hotel where Nazi officials spent their lunchtimes drinking sharp whiskeys in their stiff military boots.

One afternoon, a Jewish man telephoned the sisters and told them he would be driving past their hotel in a taxi. He asked if they would run out and jump into it, to help him escape.

The sisters risked their lives in front of the soldiers, to save people they had never even met.

Hope Winch – First Head of Pharmacy at University of Sunderland

She arrived in Sunderland in her long white coat, mixing tinctures, stirring medicines and rustling folders crammed with plans to set up the finest pharmacy department in the North East.

It was a daunting job, but Hope set about organising meetings and arranging classrooms at Sunderland Technical College, which later became Sunderland University.

By 1930, Hope’s pharmacy department was a big success. All of the pharmacy teaching in the region was moved to her lab, and it became known as the best place to study. Students came from all over the country to look at the shifting surfaces of cells shimmering through microscopes and to understand the composition of compounds coursing through the human body.

Hope’s legacy helped the university grow into the excellent pharmacy department that exists today, and students still flock from across the country and overseas to understand the substances that hold our world together.

Abbie is a British paraclimbing world champion. As the first blind woman ever to represent Britain in a climbing competition, she travelled to France and Austria to compete with paraclimbers from around the world.

She came home with two gold medals hanging from her neck, glinting in the sun as it set over the Wear. In 2017, she joined the British paraclimbing team.

She climbs with a guide wearing a headset who describes the size, shape and placement of each hold that Abbie encounters. Abbie puts her trust in her body and relies on her memory and spatial awareness to pull herself to great heights.

She translates her guide’s descriptions into shapes in her imagination, which help her move her body through the world.

Emeli’s father travelled across the earth from Zambia to study at Sunderland Polytechnic, where he met Emeli’s mother.

When Emeli was born, her parents played her Nina Simone records. The deep ache of the tuba spun gold from the speakers and the rich melancholy of Nina’s voice wound its way around Emeli’s body.

She always knew she wanted to be a musician. She wrote her first song for a primary school talent show when she was 11. A strange silence settled over the school hall when she got up to sing. The words poured like water from her mouth and the teachers blinked in wonder at the complex melodic structure she pushed from her tongue.

When she was 16, Emeli took the train to London, where she sang gospel in the shiny MTV Studios, stumbling down Camden High Street afterwards, dazzled by the bright lights and glittering promises.

She was offered a record deal but turned it down because she wanted to study neuroscience at university, claiming that she needed a backup, in case her music career didn’t work out.

Steph Houghton and Jill Scott perfected their technique at their local Sunderland football club, dribbling balls and running circuits around the Stadium of Light when they were teenagers.

Steph played in the under-16 team at 9-years-old and Jill played for a boy’s team when she was 7-years-old, where she won the Man of the Match trophy. “They wanted to change the inscription to Girl of the Match,” she said, “but I kicked up a fuss and didn’t let them change it – I didn’t want anyone to think I’d won because I was the only girl on the team.” She got teased for playing football when she was young, but she tightened her boots and stormed onto the pitch.

Both women went on to play for Manchester City, training through the days in their sky-blue shirts. Steph was a top goal-scorer in the 2012 Olympics, and played in the European Championship three times.

They tackled their way to the top and played for England in the 2019 World Cup, defending their team through the musky French summer.

Steph wrapped her captain armband tightly around her arm and led the Lionesses into the semi-final.

Nadine grew up in Whitburn and carries the sea inside of her.

She started out as a jazz singer, working on complex melodies, but her own dark and brooding music grew out of the violence she saw in the world around her.

She believes that a platform should be used to lift up others, and her first album, ‘Love Your Dum and Mad’, delved into the barbed world of male suicide and mental illness after two of her close friends took their own lives. She often speaks about the importance of talking and looking after each other, in her role as an ambassador for mental health charity CALM.

The daughter of a Pakistani father, Shah draws on her own experiences of moving through the world as a Muslim woman to push back against the racism she sees strung through the core of society.

She is honest about how it feels to be a woman in a male-dominated music industry, and speaks openly about gender pay gaps.

Nadine uses interviews to give space to urgent issues that feel bigger than her own.

Credit: The project was originally commissioned by Sunderland Culture for Heritage Open Day in 2019, in partnership with Open Heritage and Sunderland Heritage Action Zone. 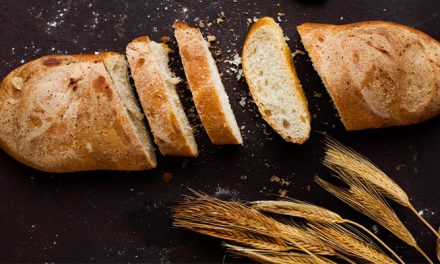 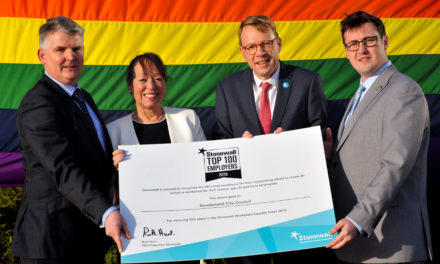