Introducing the new mayor of Sunderland 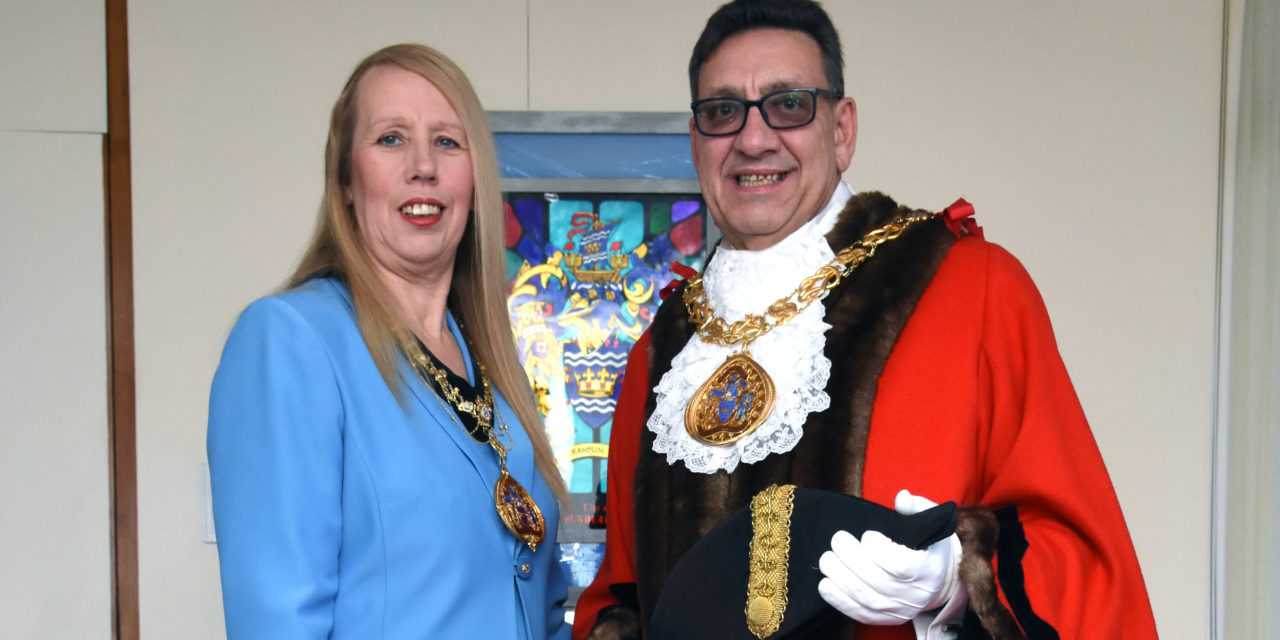 They took over the ceremonial chains of office from the former Mayor, Councillor Lynda Scanlan, and her Mayoral Consort Mr Michael Horswill.

The new Mayor of Sunderland, Cllr David Snowdon, was first elected to the council in May 2012, and has served on a number of committees in a variety of roles.

These include serving as Chair of the Economic Prosperity Scrutiny Committee, Scrutiny Lead Member for Skills, Economy and Regeneration, and representing Washington East on the Development Control Sub-Committee (Hetton, Houghton, Washington) and Washington Area Committee.

Sunderland’s new Mayor began his working life in clothing manufacturing before moving into insurance and financial services where he eventually set up his own business.

He used his skills and experience to help set up a Credit Union in East Durham and has been working in the community sector for the last three and a half years as an Advice Worker for charity SHARP based in Shiney Row.

The Mayor, Cllr Snowdon, said: “My year as Deputy was a unique experience: meeting all the diverse groups representing the people of their communities helps you fully appreciate what makes our city so special.

“The civic role of the Mayoral Office encompasses everything from raising ceremonial flags to raising money for charity, and I will continue to work hard to raise the profile of Sunderland wherever I can.

“During my term of office as Mayor I’m particularly keen to involve even more local businesses and community groups in that continuing process,and looking forward to meeting as many people and organisations as I can.”

The Mayor and Mayoress have chosen Washington MIND and Veterans in Crisis Sunderland as the Mayoral Charities during their term of office.

The Mayor said: “We have a son serving in the Royal Marines and we understand how important it is for those leaving the armed forces to have a support network, to help them face the day-to-day challenges of returning to civilian life. Veterans in Crisis Sunderland can provide that support.

” Likewise through our community work we’ve also grown to realise how many people are affected by mental health issues and the help and advice that community organisations such as Washington MIND can provide to help families access the services that they need.”

The Mayoress of Sunderland, Councillor Dianne Snowdon, added: “We both want to help raise the profile of charities and voluntary groups across the region, and also help remove the stigma around people seeking support at times when they often most need it.”

Taking over the ceremonial chains of office for the year ahead Cllr Snowdon also paid tribute to his predecessors, adding: “It was fantastic working together with Councillor Scanlan and her Mayoral Consort Mickey Horswill as their Deputies.”

“We all got on so well and learned so much, and I’d like to thank them both for their support while we were Deputies preparing for this day.”

The outgoing Mayor, Cllr Lynda Scanlan, said: “Last year we tried to involve David and Dianne is as many of our Mayoral engagements as we could and they did brilliantly, not only helping us raise a lot of money for charity but also representing the city with humour, dignity and grace.”

“Myself and the Mayoral Consort wish them both well and look back on an amazing year for the city and for us both personally, with so many highlights. From the official opening of the Northern Spire and Royal opening of the Beacon of Light, to the Tall Ships and 30th Sunderland Airshow.

“One of my greatest honours was to represent the city as Mayor on Remembrance Day, welcoming the crew from HMS Anson to take part in the commemorative event for the first time and greeting representatives from across our armed forces.”

Councillor Scanlan added: “Another thing both of us will always remember, and always be grateful for, is the generousity of the people in Sunderland.

“It was the support of the community which helped us raise more than £32,000 for our Mayoral charities which were the Sunderland and County Durham Society for the Blind, ‘Hope Spring’ which work with vulnerable young people in our community and the local NSPCC Childline Service.” 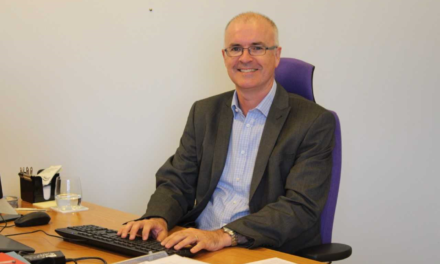