His face and name may not be familiar but without Gary Shaw some of the UK’s most infamous killers could still be walking the streets.

During the course of his career, Gary revolutionised techniques used by detectives when interviewing suspects accused of heinous and high profile crimes.

From the investigation into the 2010 murder of Joanna Yeates in Bristol to the 2008 disappearance of West Yorkshire schoolgirl Shannon Matthews. From the 2005 shooting of police officer

Sharon Beshenivsky to the 2015 headline-making case where Emile Cilliers tried to kill his wife Victoria by tampering with her parachute before a skydive.

All these cases have something in common – and that is Gary Shaw.

Now this nationally renowned investigator is bringing his 41 years of experience to the University after he was appointed Professor of Investigative Practice.

Gary takes up his full-time role with the University this week teaching students on the BA in Applied Investigation and MA in Investigative Management programmes.

Providing unrivalled experience in the field of investigation, Gary will teach his students, many established detectives already working in the field, proven techniques that will be critical in future investigative interviews.

Gary said: “At the end of the day, this is all about making detectives better at what they do, helping them solve crimes and arming them with the skills they need.”

Gary joined Northumbria Police in 1977. During the course of his distinguished career, he became the National Interview Advisor, spending time at police forces across the country examining interview techniques and putting into place a new strategy when it came to interviewing suspects.

Gary said: “It was about switching mind-sets from a confession-based form of interview to a more ethical technique by introducing the PEACE interview training programme.”

This shift would be replicated in forces across the country, ensuring that police interview techniques would go on to provide pivotal evidence in some of the country’s biggest cases.

Gary left Northumbria’s Police in 2007 to undertake the National Investigative Interviewing Adviser role providing advice and guidance throughout the UK.

Now Gary, from Ryhope in Sunderland, is bringing his wealth of knowledge to the University, a move he is excited to take.

“I believe in continuous development for investigators,” said Gary. “We are in a very different world compared to 15, or even 10, years ago.

“I’m keen to develop the thinking of detectives so that when they go to crime scenes they are able to make informed decisions and take as much away as possible.”

Gary will be joining the University’s Corporate and Professional Education team, who specialise in work-based learning. The BA in Applied Investigation offers investigators from all professions the opportunity to gain a full degree in as little as one year’s study, with just six days required on-campus.

On securing Gary’s services, the University of Sunderland’s Head of Work Based Learning, Hazel Rounthwaite, said: “The University has been working with Gary for the last 10 years, but to have him on board as our full-time Professor of Practice in Investigative Practice is an absolute honour.

“Gary not only has an international profile and a wealth of expertise in investigative practice, but he also brings with him innovative approaches to delivery of educational provision, truly embracing the concept of work-based learning by bringing together the academic and practical nature of investigation into both the classroom and working arenas.

“I look forward to working with him on the development of our portfolio in this area both in terms of short courses, degree provision and research and consultancy. There are certainly exciting times ahead.” 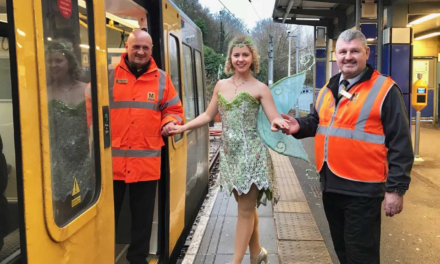 Free metro travel is just the ticket for tink this festive season! 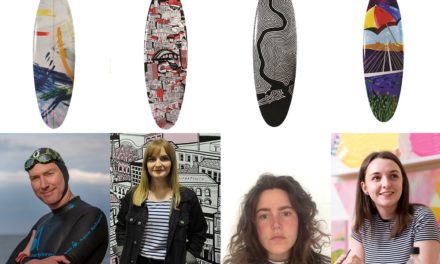