If this unusual time has taught us anything, it’s that we have a city of inspiring local heroes! This page is dedicated to bigging up the people and places that make us incredibly proud to be from Wearside. Introducing your Local Heroes Sunderland – let’s hear it for these magical Mackems!

The Bradley Lowery Foundation continues to touch hearts up and down the country, and we’re so pleased to share that they are inviting businesses
both big and small for a chance to write their name into the foundation’s history and create lasting memories for families.

The BLF are inviting independents, charities – you name it – to purchase an engraved brick as the house begins work again.

A touching sentiment of support and solidarity for families to enjoy once they are able to finish the holiday home. Super Brad’s Pad is coming along nicely following delays caused by the pandemic, and their stunning, five bedroom retreat located in the tranquil surroundings of Scarborough is really beginning to gain momentum.

We can’t wait to see Brad’s Pad finished and other families enjoy lasting memories, all thanks to a special little Mackem lad!

We really are blessed to have so many outstanding key workers in our region.

We’re once again clapping our hands and shouting from the rooftops as another star from the South Tyneside and Sunderland NHS Foundation Trust has just been recognised for her outstanding contribution during the pandemic.

Paula Madgwick has been singled out by the National Institute for Health Research Clinical Research Network North East and North Cumbria’s (NIHR CRN NENC), claiming the Outstanding Research Contribution award for her efforts during the pandemic.

Paula was brand new to her role reviewing research trials for the Trust when COVID-19 struck, and she found herself faced with having to quickly get to grips with helping to set up vital trials and help patients from across the North East.

A highly prestigious award in the medical sector, Paula was commended for her exceptional efforts and skills that benefitted all of us and the local research community. Amazing work!

With the football season already underway, we’re excited to announce that there’s been a major transfer signing of a different kind for the Red Sky Foundation.

The foundation has recently announced that England and Manchester City player- coach, Jill Scott MBE, has taken on an ambassador role for this local charity.

Filled with inspiring people, The Red Sky Foundation has not only raised thousands to support the incredible work going on over at the Children’s Heart Unit at the Freeman Hospital, but they’ve also helped to fund state-of-the-art machinery for Sunderland Royal Hospital and James Cook Hospital in Teesside in recent years.

As a North East native from Sunderland, Jill is doing her bit by supporting campaigns and helping raise awareness for this outstanding charity.

Having recently been awarded an MBE in the Queen’s honours list for her contribution to English football, this is a fantastic signing for the Red Sky team.

Putt it in the diary

Time to hit the fairway with the Red Sky Foundation this October. The members of the foundation are inviting golfers to join them on their Inaugural Charity Golf Day, returning to the region on Friday 16 October.

Teeing off from Ramside Hall, the Red Sky Foundation are set to host a thrilling day on the course, alongside drinks and dinner, as well as a stellar auction and unmissable live music from special guests.

We’re shouting about a motivational Mackem this autumn. Derek Gamblin, an ex-SAS soldier from Sunderland, is hitting the saddle and riding his two wheel machine across two volcanoes for mental health charities in our region.

In a bid to raise £2,000 for local charities, Derek Gamblin is undertaking the gruelling Two Volcano Sprint (2VS), a single-stage, unsupported bicycle challenge starting and finishing  at iconic Southern Italian volcanoes – Mt. Vesuvio and Mt. Etna.

What’s even more incredible, is that Derek is funding all travel and race expenses himself – all while completing the race unaided! Hopefully we can help Derek raise £2,000, which will provide people who are most in need with three months of one-on-one counselling sessions to support them with anxiety and depression.

Great work Derek, you truly are a magical Mackem! 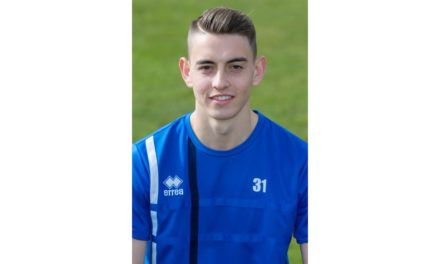 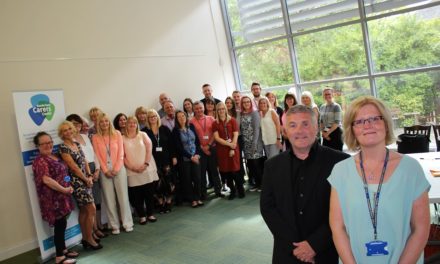