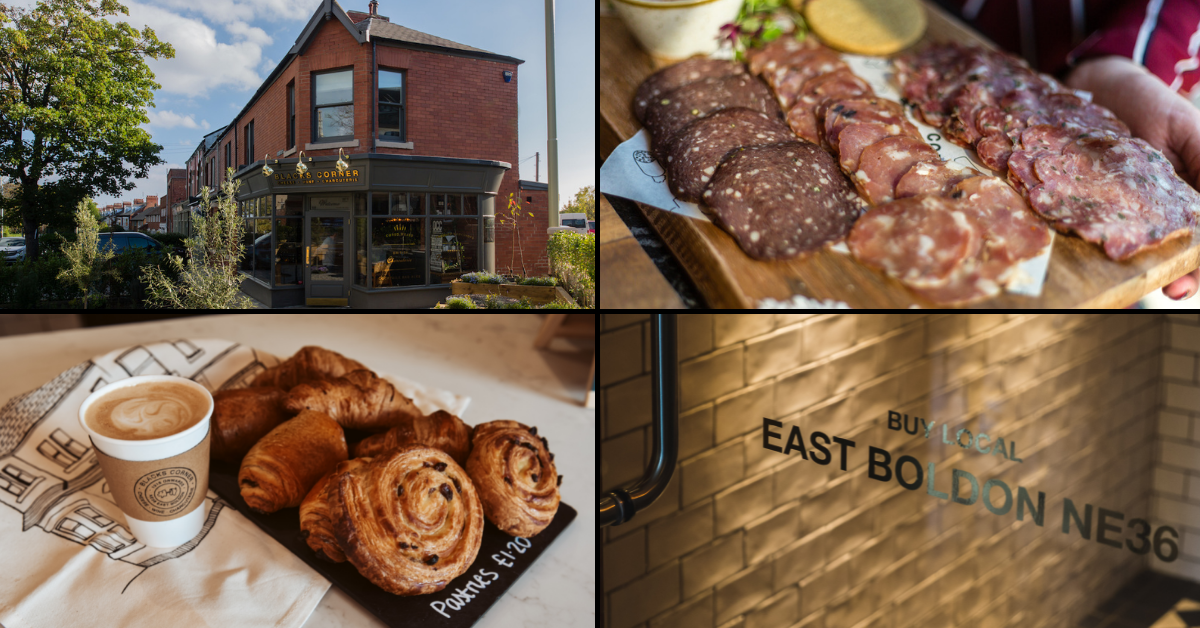 A wonderful neighbourhood eatery nestled in the picturesque village of East Boldon, the opening of Blacks Corner in 2017 was a realised childhood dream for local restaurateur, Jonny Dryden and his childhood friend, Chris Lowden.

Since then Blacks Corner has become a community staple with a reputation for great food and a welcoming atmosphere. Now on the verge of opening a brand new deli at Seaburn’s famous Tram Shelter, Matthew Thomas spent a morning with the Dryden brothers to find out more about their neighbourhood bistro, the ongoing celebration of British cheese and an exclusive insight into Blacks Corner By The Sea… 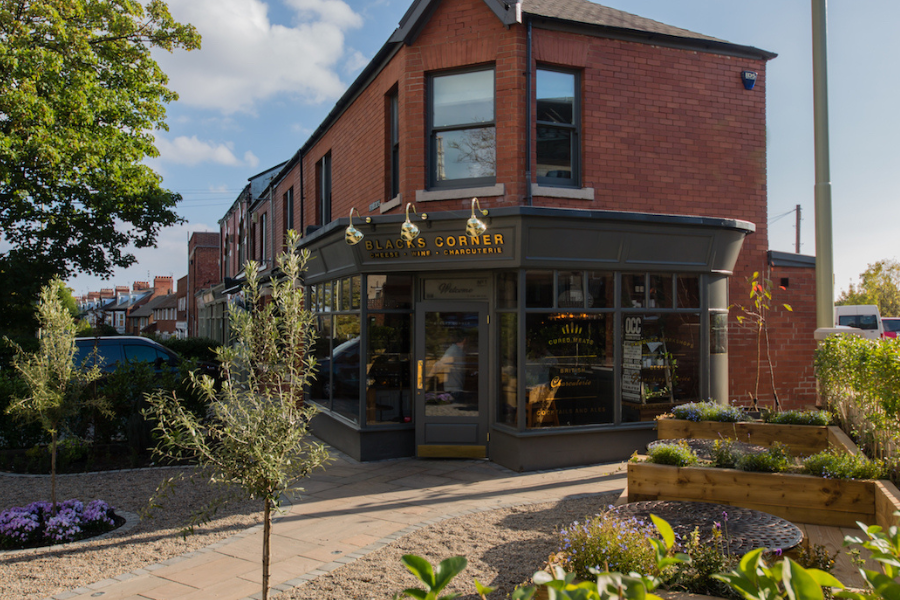 Life moves slowly in East Boldon. A gentle breeze from the North Sea trickles through the branches of nearby oak trees, a fluttering of birdsong fills the mid-morning air and the unmistakable aroma of freshly cooked breakfast fills 1 St John Terrace.

This quaint Wearside village has its own speed and its beloved neighbourhood bistro, Blacks Corner, is quite happy to match this laidback tempo.

Perched upon a feature oak island nestled in the heart of the restaurant during busy brunch service, Jonny takes a sip of his coffee, looks around and beams with pride.

“I’m so pleased with how Blacks Corner has developed into a hub for the village and wider areas. We’re a family-run business working hard to make a true brick and mortar site a success for us and our customers.

We’re from the local area and when the building came-up-for sale back in 2016, it was a no-brainer for us. The building was in such a poor state that we couldn’t even take a mortgage out on it. It had no running water, no heating and the inside required so much work.

Once the basics were added, we decided to finish the restaurant with a ‘bricks and mortar’ approach and I think people can see that when they dine with us.

We’ve left the historic red brick walls bare, we’ve painstakingly recycled every old element that was left behind, brushed it down with our bare hands and given it a new lease of life whether it be for practical or decorative use.”

Even before they opened in September 2017, Jonny was already hard at work contacting British cheese and charcuterie producers to collaborate with Blacks Corner’s farm-to-table concept.

Now, with Brexit food shortages plaguing the supermarkets and the absurd cost of living to contend with, more and more restaurateurs are set to look closer to home for readily available and economically viable British produce over the coming months.

“The farm-to-table idea is something that remains as vitally important today as it did back in 2017.

We work with a great range of producers across the UK to seasonally showcase some of the best flavours available in Britain.

There’s nowhere else in the North East that champions British produce to the extent that we do. There are fabulous cheese counters and lovely wine stores, but our restaurant celebrates real, hard-working growers and their incredible produce.

We talk about the producers more than we talk about ourselves. That’s the celebration here, the crux of Blacks Corner.”

The menu at Blacks Corner is what sets the restaurant apart from the rest. The choice is concise, well thought out and brimming with freshly baked goods such as cheddar crostinis, Spanish flatbreads and hearty sourdough slices.

Farmhouse cheeses are carefully curated from across the British Isles before being allowed to mature in Bermondsey, London by a team who ensures quality and that the produce is at its best on arrival to East Boldon.

Whereas, BC’s British artisan charcuterie focuses on breeds that are free-range and roam wild from places such as Monmouthshire, Kent and more locally, Newcastle.

Regardless of whether you’re nipping in for a breakfast bite, tucking into a late-afternoon dinner or settling in for a decadent teatime meal, flavour is the name of the game at Blacks Corner and people simply can’t get enough.

With Blacks Corner fever at an all-time high, Jonny and Lauren’s community cuisine is set to double with a second spot as they branch out into a brand new location over the coming months, breathing new life into Seaburn’s Grade II listed Tram Shelter.

With work already underway and continuing throughout the year, Jonny, Lauren and their team will be undertaking a series of sensitive restoration works to the fish-scale roof, cast-iron columns, rainwater goods and existing timber frames.

Part of the plans will also enclose the tram shelter by replicating the details and proportions of the existing building, with plans including a delicatessen, an accessible WC and a kitchen.

“A great deal of the project consists of outdoor work and our aim is to complete as much as that as possible while we still have decent weather to work with. It would be a nightmare trying to install delicate wooden sash box windows in January…

Completing the ‘envelope’ of the building will be the biggest task. It’s a stunning spot that sits on the peninsula in its own area, so aside from the delicate restorations, we need to ensure that we drive back to the Tram Shelter.

There was an old white picket fence and flower beds with white hydrangeas that used to surround the building and those features are something we’re hoping to restore.”

Alongside a refined version of its incredibly popular menu, Blacks Corner By The Sea will also offer an express service counter where dog-walkers, passers-by and those in a hurry can swing by for a flat white and something sweet as the North Sea glistens in the distance.

A wonderful neighbourhood bistro centred on Sunderland’s award-winning coastline serving up British produce? Sounds like a recipe for success.

The family-run team, which also includes Jonny’s sister and Chris’s father in law, are aiming to have Blacks Corner By The Sea fully open to the public in time for spring 2023, keep up to date with their progress here at blackscorner.co.uk 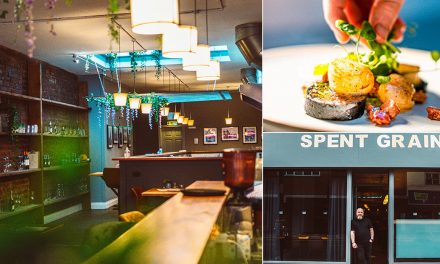 Spent Grain: Everything You Need To Know About this Contemporary Sunderland Restaurant 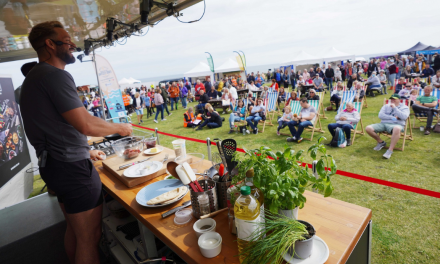 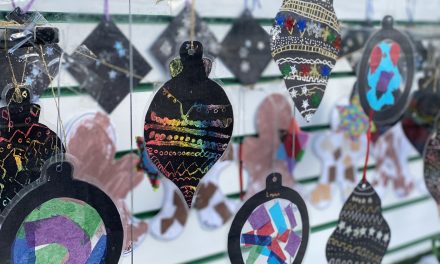