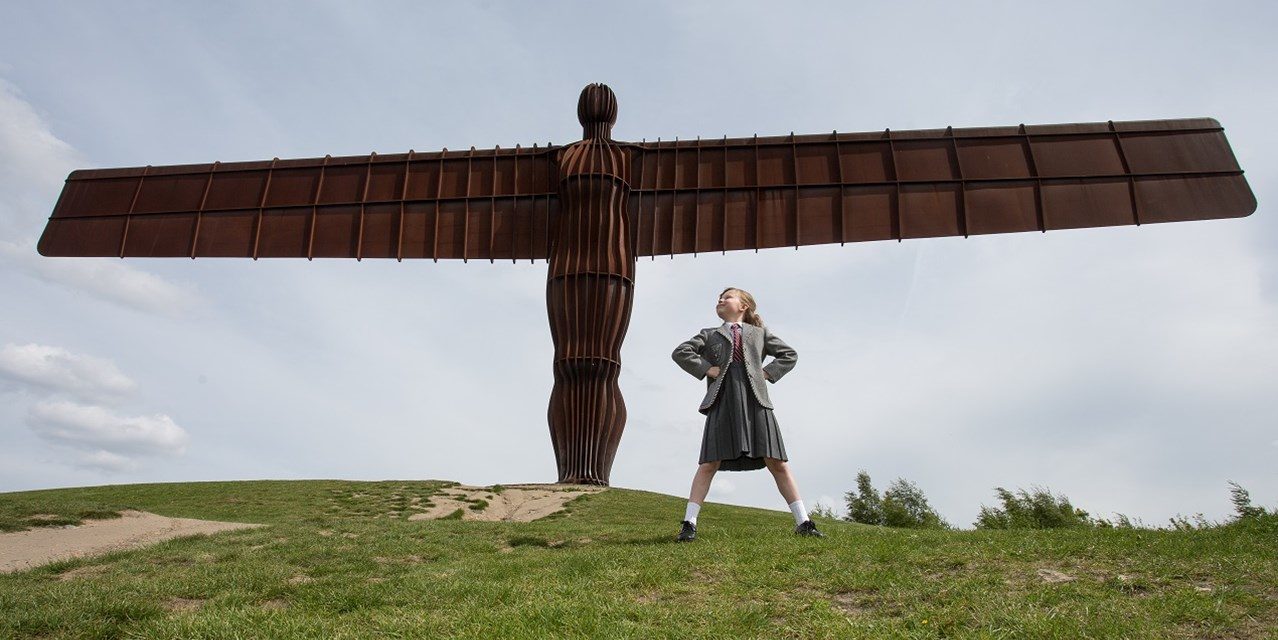 The multi-award winning production of the Royal Shakespeare Company’s Matilda The Musical has opened to standing ovations and 5 star reviews, as it mesmerises audiences at Sunderland Empire.

It was only fitting that Nicola Turner, one of the four actresses sharing the title role of Matilda took a visit to the Angel of the North, the North East’s awe-inspiring iconic sculpture, designed by Antony Gormley.

Winner of over 85 international awards, Matilda The Musical is at Sunderland Empire until Saturday, June 2.

The show tells the story of an extraordinary little girl who, armed with a vivid imagination and a sharp mind, dares to take a stand and change her own destiny.

Adult cast for the UK and Ireland Tour sees Craige Els reprise the role of Miss Trunchbull, having played her in the West End for three years between 2014 and 2017.

He will be joined by Carly Thoms as Miss Honey, and Sebastien Torkia and Rebecca Thornhill as Mr and Mrs Wormwood.

The title role will be shared by Annalise Bradbury, Lara Cohen, Poppy Jones and Nicola Turner.

The production is accompanied by Change My Story, a new RSC education programme inspired by Matilda The Musical which will engage young people in towns and cities across the UK and Ireland, including three schools in Sunderland.

Matilda The Musical has now been seen by 8 million people worldwide, it has now played in 64 cities and has played more than 5,800 performances worldwide.