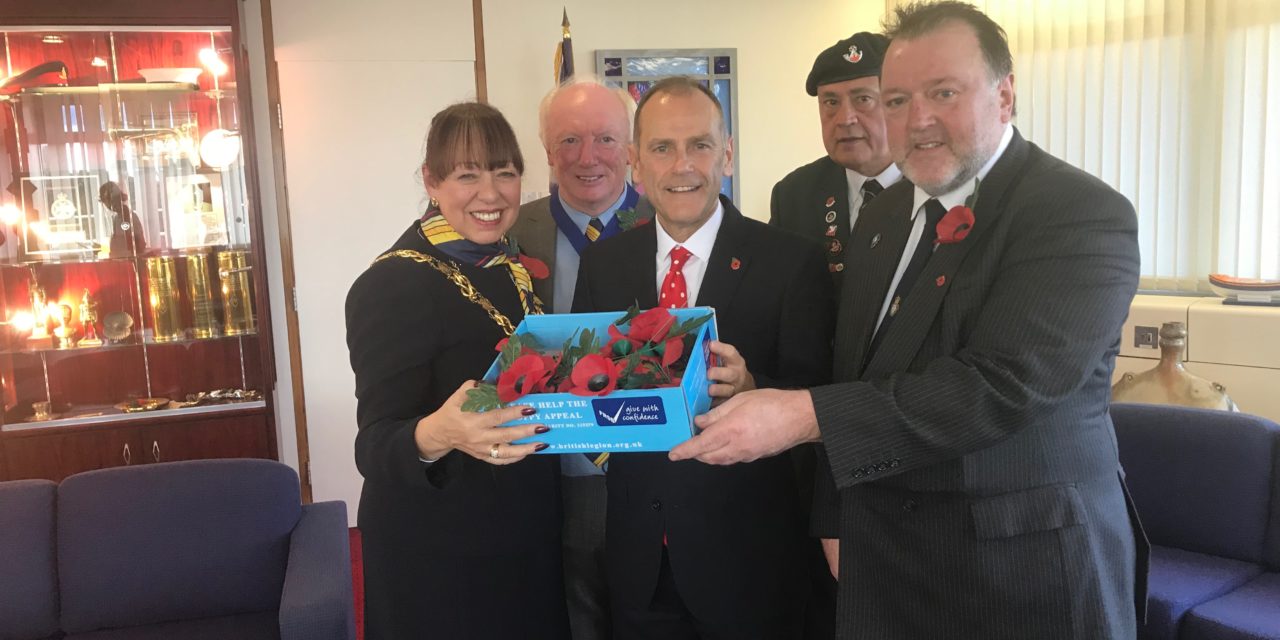 Representatives of the Royal British Legion were guests of honour in the Mayor’s Parlour.

The annual visit has become a Mayoral tradition to help demonstrate Sunderland City Council and the community’s support for the charity.

The Mayor of Sunderland, Councillor Lynda Scanlan said: “Sunderland has a strong military tradition, and the Poppy Appeal is a chance for us all to pay tribute to the servicemen and women who have served and continue to serve this country with such distinction and honour. 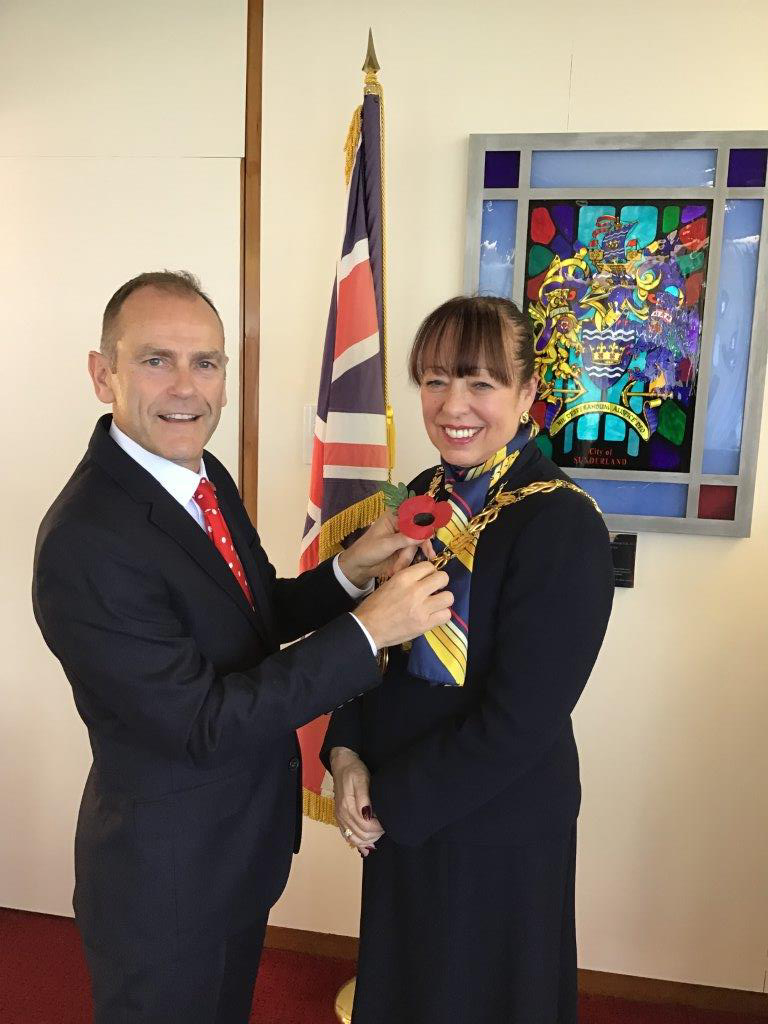 Jeff Brown presents a Poppy to the Mayor of Sunderland, Cllr Lynda Scanlan, on behalf of the Royal British Legion to help launch this year’s appeal

“We have more than 26,000 people with service records and their families living here in our communities, who are all deserving of our continued help and support.

“The money spent on every Poppy sold in the city goes toward providing just that, and I’d invite everyone to buy one and wear it with pride when they become available as Remembrance weekend approaches.”

Branch Chair (Sunderland), Royal British Legion, Vince Harris added: “Thanks to people in Sunderland’s continuing generosity we annually raise large amounts of money from Poppy sales in the city, and we’d like to thank everyone for their support.

“Every penny donated goes into helping those who have served and are serving in our armed forces and their families, as a reminder that we will never forget the sacrifices made on all our behalf.”

“As always, the Sunderland branch of the British Legion is looking for volunteers to help us during the Poppy Appeal. It would suit anyone with a bit of free time, even a morning or an afternoon during Poppy fortnight, so please call 0191 567 0112 or 0785 552 2218 if you’d like more details on how to become involved.” 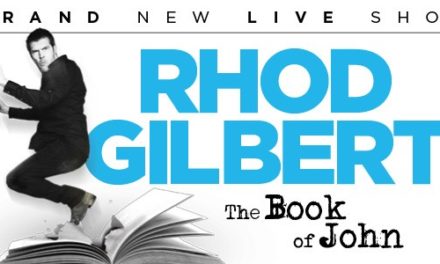 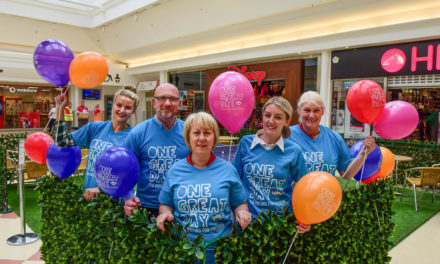