Sunderland Central Station To Be Transformed in £26m Upgrade 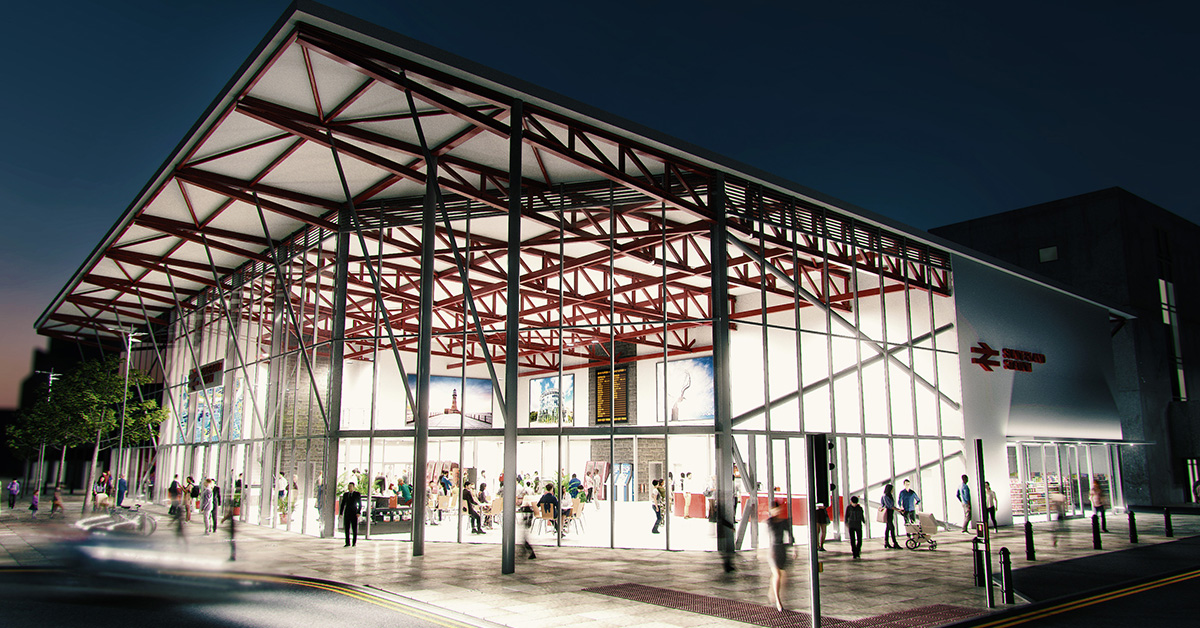 Sunderland central station is set to undergo a transformational £26m upgrade. Striking proposals for the southern entrance of Sunderland’s central station were unveiled today in a six-year programme to fully transform the city’s arrival point.

Sunderland central station to be transformed… 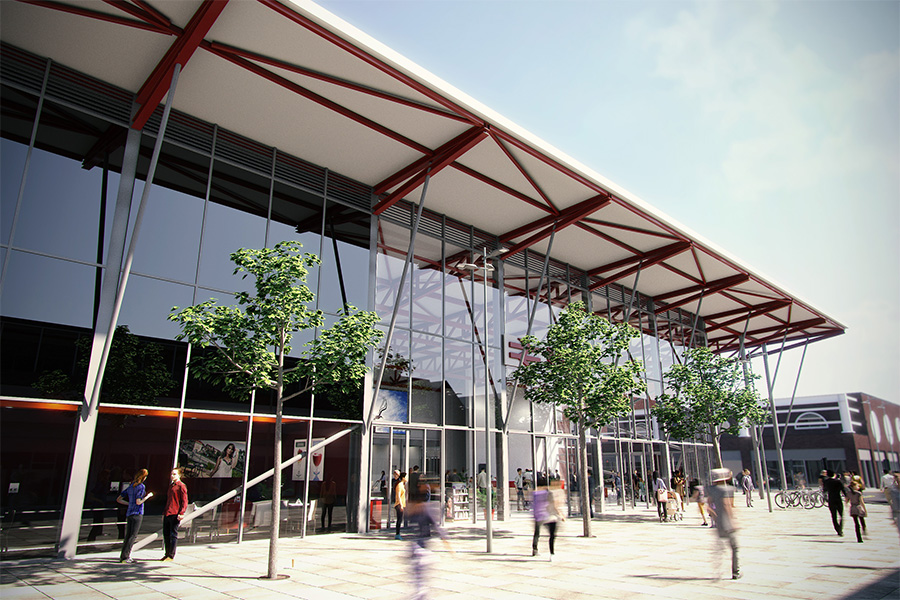 Transformational plans to revamp Sunderland’s central train station are full steam ahead, with a £26m boost that will ‘give Sunderland the rail station it deserves’.

Striking proposals for the southern entrance of Sunderland’s central station were unveiled today, for a six-year programme to fully transform the city’s arrival point.

Preparatory work on the first part of the ambitious project is expected to begin within days, kick-starting a programme of improvements that will deliver a beautiful new station for the city.

Working in partnership with Network Rail, Nexus, Grand Central and Northern Rail, Sunderland City Council is driving this essential project, beginning with the demolition of the current south entrance, clearing the way for the construction of a statement building that will herald the start of the transformation into an integrated public transport network that matches the city’s ambitions and meets future needs.

The new entrance will create a prominent visible landmark, with a stunning façade overlooking Market Square.

The large glass wrap-around design, creating a light, bright and welcoming concourse, will be set among the upgraded public realm.

A new ticket office and reception, public toilets, comfortable waiting areas and retail space and cafes will all be created, as well as improvements to accessibility.

Office space on the new mezzanine level will be reserved for railway industry staff.

A meeting of the council’s cabinet is expected to sign off plans for the station regeneration, which also includes a new multi-storey car park (MSCP) on Holmeside. 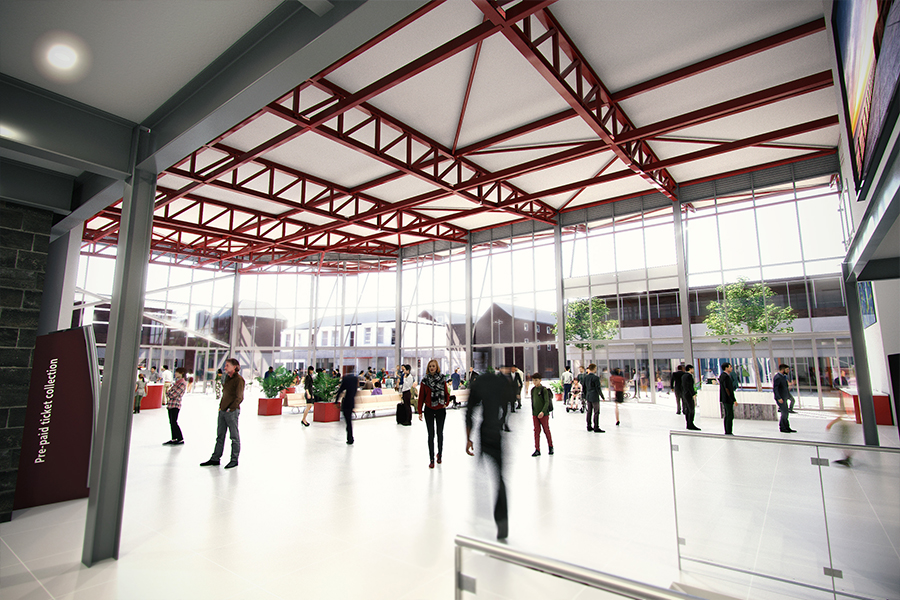 Having unlocked the funding needed to push ahead with the southern concourse, council leaders will pave the way for the whole transformation programme to be delivered over the next six years, with the northern entrance reimagined, with an attractive public realm to create the Central Business District statement building and gateway entrance on High Street West.

The northern entrance will become the city’s main arrival point, with Mackies Corner and the Elephant Tearooms just two of the impressive buildings greeting people coming into Sunderland.

Major works to the platform-level of the station are included in the plans, with the ambition to increase capacity by creating a four track, four platform station that separates Nexus and Metro, on one platform, from mainline services allowing both to expand as public transport connections regionally and nationally, and enabling them to provide access to jobs, to secure investment and to grow the economy.

More than £16m has been secured from the Transforming Cities Fund to progress southern entrance works, with the remaining balance coming from the council and partners including Nexus and Network Rail.

How the city has reacted… 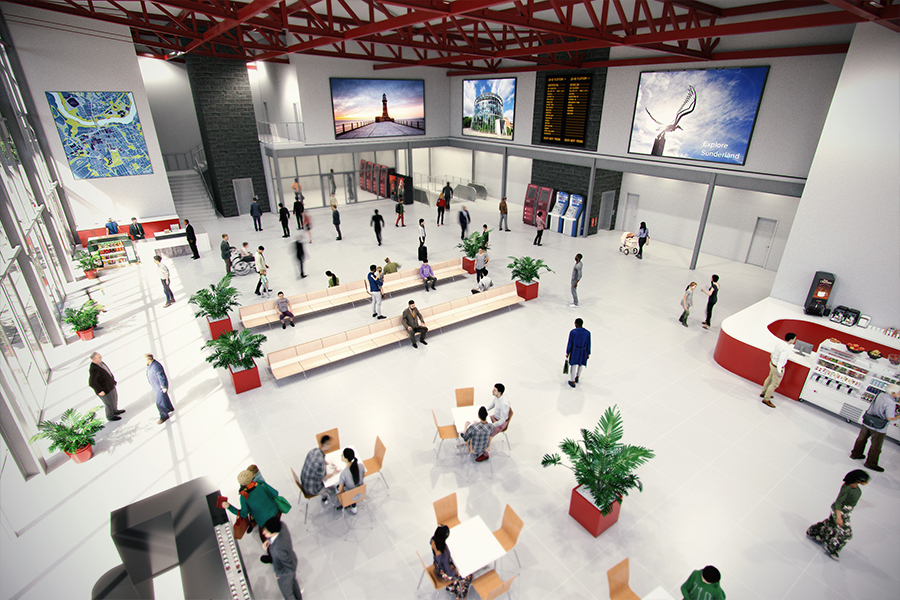 “The stunning CGIs and animations that we’re unveiling today are not just a vision.

They’re a delivery plan, and the product of many months of work to secure a transformational programme of investment in the station that is both ambitious and deliverable.

“We are absolutely focused on making this happen quickly, because we know it’s something residents want and something Sunderland deserves – a station to be proud of, reflecting the size, scale and significance of an ambitious Northern powerhouse.

“So much is happening in Sunderland right now – in recent months we’ve had the launch of Riverside Sunderland, a fantastic Nissan jobs announcement and continued infrastructure works enhancing our connectivity. This project represents another huge leap forward in our evolution.

“Sunderland is a city on the march. We’re ambitious, we’re focused and we’re delivering the transformation needed to ensure we become the dynamic, vibrant, healthy smart city we want to be.

The station – as a key arrival point – has to be a core part of our plan for Sunderland, and it is.”

As well as the station, the funding expected to be released by the council next week – which will create a total £26m ‘pot’ for the scheme – will also enable the development of a 400-space four-storey multi-storey car park at Holmeside to support the station.

“Enabling easy, sustainable travel into and out of Sunderland, connecting people to jobs and opportunities in a cleaner, greener way is critical if we want to level up the economy in the North East.

“We’re delighted to be moving forward with this much-needed project in partnership with colleagues who share our commitment to delivering an exemplar travel hub for the city and we look forward to sharing more exciting details of our plans for the north entrance, and the platform level of the station soon.”

“We’re really pleased to be working with Sunderland Council on this project which will transform rail travel for people in the city.

“The work we’ll begin over this summer will make this a better station for passengers, with the introduction of a new escalator and easier access across the station.

It will also improve passengers’ connections to other forms of transport from the station.

“We’ll work overnight where needed on many parts of this project, so that there’ll be no disruption to the train services people rely on now.”

The project has been well-supported by transport provider Nexus, which has part-funded the programme.

“We have worked alongside Sunderland City Council to make the case for investment and fund this £26 million project, which builds on the major refurbishment at platform level we delivered in 2010.  It will create an iconic new landmark for Sunderland.

The designs are fresh and modern, bringing this key regional gateway into the 21st century.

“Metro customers make almost 1.5 million journeys a year through Sunderland station, where our frequent services connect easily with Intercity and regional trains, as well as having the city centre on the doorstep.

Our customers can look forward to travelling from a bright new station at the same time Metro’s new train fleet begins to enter use.”

“Northern is delighted to be working with our partners on this project and our customers will see big improvements at Sunderland station and it will offer much more to the community it serves.

“I am confident that the significant changes made at Sunderland will help to enhance the overall experience for passengers – whether that’s buying a ticket, waiting for a train or getting information about our services.

“The refurbishment is part of a larger programme of improvement work taking place across our network which includes installing more CCTV, resurfacing car parks and improving accessibility for all our customers.”

“This is excellent news for the North East. Sunderland Station is a key part of the region’s Transforming Cities Fund Programme, and I’m sure the modern facilities will be warmly welcomed by passengers.

“The revitalised station will serve as a gateway into the retail core of the city centre and the wider Sunderland area and will greatly benefit business, commuters and visitors to Wearside.”

The council wants the completion of the southern entrance to act as a catalyst for further investment, with the plans to revamp the wider station part of a ‘one station vision’.

Aiming to reconnect former rail lines such as Leamside Line…

This fits with the wider regional aspiration to reconnect former rail lines to Sunderland’s central station, including the Leamside Line, tied into the Government’s Levelling Up agenda as well as ambitions shared by Government and the city council to deliver more sustainable transport solutions as part of a bid towards carbon neutrality.

Numbers are expected to grow as the city centre becomes an economic hub and the city will require supporting infrastructure to encourage sustainable travel. 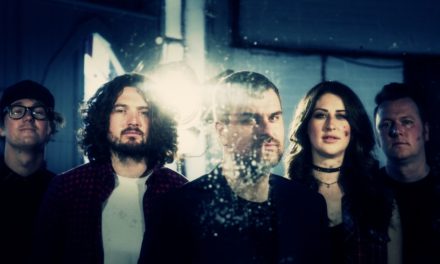 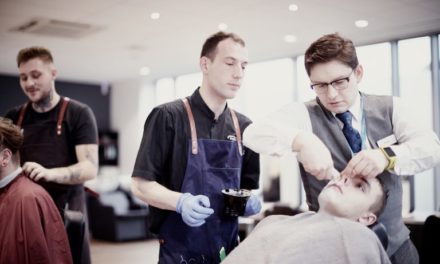