From a paid internship on a local newspaper to reading the news for Europe’s largest radio company – Ruth Aiken’s career is a rollercoaster ride that continues to move forward.

“You have to be so determined, knock on doors and be prepared for the rejection, but believe in yourself, work hard and always trust your gut instinct. You can do anything you set your mind to, you’ve just got to have self-belief.”

That’s the advice 33-year-old Ruth gives to anyone starting their own career in the media. Whether it’s print, radio or online she’s experienced it all, starting with her own journey as a journalism student at the University of Sunderland to reading the news for Global, the media and entertainment group, whose stations include Heart, Capital, Smooth, Classic FM, LBC and Radio X.

After completing an English degree and working in a variety of jobs from PR to newspaper sales, Ruth decided to take the plunge and return to university to study a Masters in Journalism at Sunderland in 2008, fuelled by a passion for news.

“It was a great year,” she explained, “every lesson was so valuable and relevant, and not to mention crucial for the role, like shorthand and media law. It was intense and hard work but the support from the tutors was excellent. Ian Blackhall was a real inspiration to me, he was a fantastic tutor and he always said ‘determination was my biggest strength’. The campus was also a lovely, creative environment to work in.”

Once she graduated, Ruth, from Newcastle, immediately turned once again to the University for support from the Graduate Internship Scheme, which helped secure a six-month paid placement at The Shields Gazette.

“It was a God-send and got me my first foot in the door,” said Ruth,” everything happened so quick, it was unreal. I had a short interview with the editor and knew I had to make the most of the opportunity. You never know where things will lead and once you’re in, it’s up to you to take the opportunity to work hard to prove yourself.

“I did a lot of copy writing, interviews, shadowing reporters and gained a massive insight into print journalism. I felt prepared and confident to work in a newsroom thanks to my Masters, which had given me a good grounding, it also cemented my ambition of what I wanted to do. I must have made an impression, as they kept me on after the internship had finished and I was invited to apply for a job on the Gazette’s sister paper – The News Guardian.”

Ruth spent the next three years making her mark as a trainee reporter covering the North Tyneside area before shortly qualifying as a senior.
While she loved the work, particularly court reporting, Ruth had been harbouring a desire to work on radio, and volunteered at weekends and in her spare time at community radio stations, including Radio Tyneside.

After doing a work-experience week at Metro Radio and posting off her first news-reading demo to various stations across the North East, Ruth’s first break came when she was offered various freelance shifts at Capital, Real Radio and Star Radio.

“Looking back, I think my voice was pretty rubbish at the time,” she laughs, “but I was determined, I knew I had potential and I was so hungry for it. There were a few doubters who thought I was crazy to take the plunge and give up a secure job in print, with the offer of only a couple of months freelance work in radio because beyond that, I didn’t know what was going to happen.

“But thankfully the risk paid off and Star Radio offered me my first full-time job as a reader. It was an amazing experience and I even ended up going to report from Afghanistan for a week.

“I had a brilliant year with Star Radio before deciding I needed my next challenge when a job came up at Metro Radio. I met up with the editor who offered me an interview for a reading position and I got it. During my time there, I also got to work with Metro Radio’s sister stations in Cumbria and Scotland, which was great.”

As Ruth gained more experience, she began to express an interest in programming, and was paired up with presenter Dan Moylan, as they discovered there was great on-air chemistry between the two. When the opportunity came to stand in for popular breakfast show presenters Steve and Karen, once again Ruth found herself in the hot-seat alongside Dan, and the pair became official breakfast cover.

“It was crazy,” says Ruth, “I had listened to Steve and Karen since I was a student and never thought in a million years I’d end up covering their show. It was overwhelming and a massive privilege, but terrifying at the same time. I always think all of these amazing things would never have happened had I not taken a risk and left my newspaper job.

“Presenting was loads of fun and the listener interaction was great. We had massive shoes to fill but thankfully people seemed to really warm to me and Dan. It’s one of my career highlights so far for sure.”

Ruth then decided once again the time had come to move to her next challenge when she was offered a reading position at Global.

She says: “I’ve only been here two months and it’s everything I hoped and more. I’m now reading for Heart, Capital and Smooth – three absolutely massive radio brands in the North East. It’s so exciting.
“Being able to work closely with London and share my own original stories with LBC is also a massive opportunity, which I will definitely be grabbing with both hands.”

So what does the future hold for Ruth?

“Long-term I really want to get my teeth into more investigative and original pieces, develop further in news and maybe even look at a more senior position someday. I’ve still got an interest in the programming side of things and that could be something to revisit again down the line. I’m also very passionate about mentoring so you never know, I might end up teaching the next generation of media students.

“But right now, I’m just really excited about my new chapter here at Global – I will know in my gut when it’s time to mix things up!”

The Graduate Internship Scheme is a paid work experience programme offered by employers to students and graduates looking to gain relevant skills and experience in a particular field.

Nickola Gray, Employment Services Manager, said: “The Graduate Internship Scheme is a fantastic platform for graduates to take that first step on the career ladder and Ruth’s journey is a brilliant example of where your internship can take you.

“The scheme has been running at the University for nine years, supporting hundreds of graduates with their careers and SME’s with their talent management.”

The Graduate Internship Team works closely with organisations across the region and sectors to develop a range of graduate level positions covering all degree programmes. The new European Regional Development Fund (ERDF) University of Sunderland SME Graduate Internship Scheme will be launching shortly. 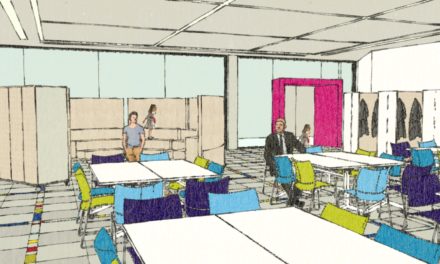 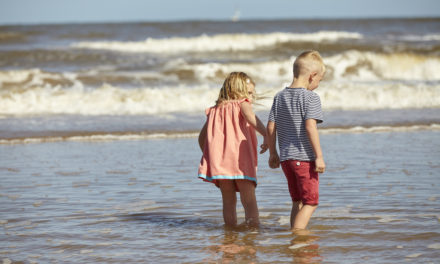