Efforts by Sunderland Carers Centre to identify and support the city’s young carers are paying off, with new research showing that the city is ahead of the national trend.

For the first time in almost a decade, the BBC has worked with Nottingham University to carry out in-depth research analysing the number of young carers across England.

Statistics show that the country has struggled to identify young carers over recent years and that not enough is being done to identify those that exist in our communities.

However, in Sunderland it is quite the opposite, with Sunderland Carers Centre seeing the number of young carers it has identified rise over the past 12 months.

In the last year, the number of young carers supported by the Centre has risen from 525 to 719, an increase of 37%.

In partnership with key strategic partners across the city, including Together for Children, Sunderland Local Authority, Clinical Commissioning Group (CCG) and Northumberland Tyne and Wear Mental Health Trust (NTW), Sunderland Carers Centre has been working hard to help identify and support the city’s young carers over recent years.

The Centre helps youngsters, and their families, to cope with the additional pressures that looking after a loved one can bring.

Whether it’s one-to-one support or the chance to enjoy fun activities and days out via the Young Carers Group, the Centre is there to help.

Amanda Brown, deputy chief executive officer at Sunderland Carers Centre, said: “Although the BBC research doesn’t necessarily indicate that the number of young carers has increased, it does highlight that the country is not doing enough to identify, and then support young carers.

“These new figures are shocking – but we are not at all surprised. These statistics provide an incredibly worrying sense of the scale of this issue for the first time in almost a decade.

“However, during this period, Sunderland Carers Centre has noted a rise in the number of identified young carers in the area, and the complex issues their respective families face.

“There is definitely more we can do as a country to address the issue.

“We first recognised the scale of the issue two years ago and recruited a Carer Practitioner Engagement Lead, who is now commissioned by Together for Children, to work across the city with all partners to identify and support young carers.”

National research from the Carers Trust also shows that being a young carer can affect a child’s school attendance, educational achievement, mental and physical health and future life chances, something the Carers Centre has worked hard to prevent.

Amanda added: “We recognise the affect that being a young carer can have on a child’s school attendance, this is why we have launched the ‘Young Carers In School’ card, which has recently been rebranded and relaunched under Together for Children.

“Last year, as part of Young Carers Awareness day, we also worked with Sunderland College to offer our young carers the opportunity to think about their aspirations for the future, with a huge number of them realising that they have the same opportunity to progress as all young people.

“This also prompted the College to recognise the need to identify and support young carers at an early stage of transfer from secondary school to college and this partnership continues to develop.

“By working collaboratively with the local authorities, education providers and the third sector, we’re really helping make a difference to the lives of young people across the city.”

Phoebe Collins – who with twin brother David, are primary carers for their mother Joyce, who suffers from a range of mobility issues – is now studying painting and decorating at college after receiving support from Sunderland Carers’ Centre.

Phoebe, 18, of Pennywell, said: “The Carers Centre has been fantastic and has really helped me balance my education and caring responsibilities, not only did they help me prepare for college but they also helped the college prepare for me!”

She added: ”It’s so easy for young carers to miss out on so much of what should be the norm for a youngster because they have other priorities and the Carers Centre can help ensure they make the most of all of the opportunities available to them.”

Sunderland Carers Centre works with more than 8,000 carers from across Sunderland.

The organisation is supported by Sunderland CCG and Sunderland City Council, but relies on public donations to ensure it can continue its valuable work.

Your guide to fun kids activities in Sunderland this spring 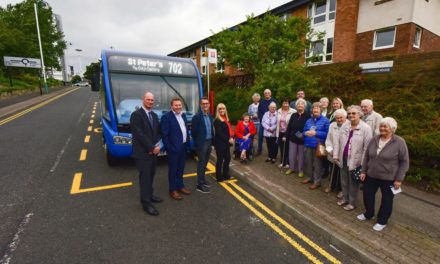 All aboard for the National Glass Centre 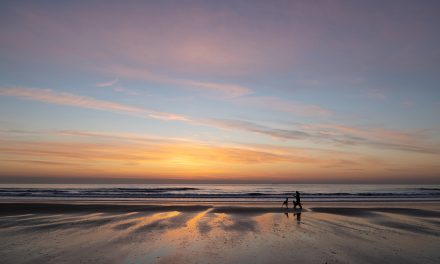