University gets on board with the Tall Ships

Families, schoolchildren, students, sailors, a princess, and the odd ship’s captain joined thousands of others at the University of Sunderland’s St Peter’s Campus for the Tall Ships Races.

The Sir Tom Cowie Campus at St Peter’s played host to the spectators who were keen to get a glimpse of the ships on the first full day of the much-anticipated event.

The Campus has been transformed for the four-day spectacle, with stalls, marquees, stages, food and drink stalls, and even a fairground.

Visitors made their way from National Glass Centre along the riverside and past the Campus, enjoying spectacular views of the ships.

HRH Princess Anne also paid a visit, climbing on board the Skonnerten Jylland and Loa ships, which are both currently berthed at St Peter’s.

The University has played a key role in hosting the event and has scores of students, staff and volunteers involved in everything from manning the marquees to taking part in the Races themselves.
Naomi Austin is a Senior Lecturer in Fashion at the University and first took part in the Tall Ships Races when they came to Newcastle in the summer of 1993.

As she prepares to board the Alexander Von Humboldt 2 ship for this year’s Races, she said: “The first time round this event changed my life forever, so it’s incredible to have it here in Sunderland.
“In 1993 I was a shy girl, really lacking any self-confidence but going on the Tall Ships changed all of that. To see them here today at St Peter’s is amazing; it’s like a dream come true.”

Naomi was so inspired by her journey that her book The Call of the Sea has been published in time for the event. On Wednesday HRH Princess Anne was presented with a copy of the book, which contains digital drawing of the ships, during her visit to the University campus.

Ellie Lyall, 21, is the University of Sunderland’s Tall Ships ambassador and is taking part in the Race from Saturday.

She said: “I can’t believe it’s finally here. I’ve been an ambassador since the end of my first year at university and it is amazing to see it all come to fruition shortly after I graduated.

“In the long run up to the Tall Ships Race, it felt like some far-away idea but now, seeing the ships actually in the port, I have to pinch myself and remember that it’s real and it’s happening.

“Now I’m packing my bags again to join STS Lord Nelson on Friday. It’s going to be the best way to celebrate graduating with a First Class Honours degree. I’m trying to ignore the superstitions surrounding Friday the 13th!

“It’s so good to see the river really come to life. I’m hoping that this inspires more people on Wearside to get more involved with maritime activities in the future and make the most of the beautiful coast. It doesn’t have to end when the ships leave.”

University of Sunderland student Jade Roper is also preparing to take part in this year’s Race, sailing to Denmark on Saturday.

The Primary Education with QTS student overcame vertigo after she took part in last year’s Tall Ships event. Now, the 19-year-old is stepping onboard the Lord Nelson ship on Friday.
Jade, from Southwick in Sunderland, said: “As I stood watching the ships come in at Roker Beach, suddenly everything felt very real.

“I can’t describe how special it feels to have this happening in my home city, sharing it with my family and friends just five minutes from where we live.
“The closer it gets to getting on board on Friday, the more excited I’m getting.”

Niels Kristensoen is Captain of the Skonnerten Jylland which is currently berthed at St Peter’s campus. The ship welcomed HRH The Princess Royal onboard on Wednesday.
Niels said: “It is a pleasure to be here in Sunderland and we’ve been made to feel very welcome.”

Families packed along the riverside to enjoy a host of events organised by the University. The Campus has been transformed into stages, tents and entertainment venues, offering something for everyone.

Keith said: “It’s nice to see all this going on. It’s great for the city and it’s good that the children get to experience something they have never seen before.”

Pupils from Springwell Village Primary School in Gateshead were also visiting for the day and called into the University’s marquee for some fun activities.

Year 4 teacher Angela Ali said: “We’ve actually brought 120 children down here today and they’re loving it. As part of our Environment Week, we’ve been studying long ships, so the timing is perfect.”

Tall Ships is in Sunderland between Wednesday, 11 July and Saturday, 14 July. 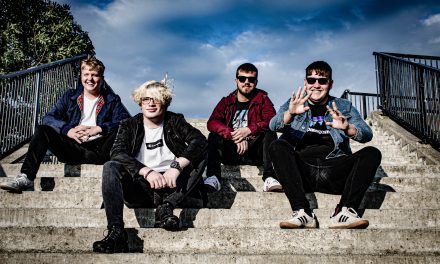 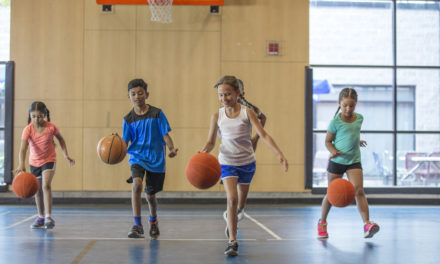 School of Rock at Sunderland Empire 2021

Top Spots in Sunderland for Fish and Chips on Good Friday