The founder and owner of a north-east creative agency is tipped for success in two categories at the Great British Entrepreneur Awards.

Described by the BBC’s Dragon’s Den Steven Bartlett as ‘the Grammys of the business world’, the Great British Entrepreneur Awards offers a platform for leading business lights to showcase their success on a national scale.

The shortlisting comes after a turbulent, yet successful couple of years trading for Sunderland-based Jonarc, which specialises in design, marketing and creativity, for the live entertainment and leisure industries, two sectors that suffered particularly badly from the effects of the Covid-19 pandemic.

Pivoting to broaden its client base into other sectors and offer expertise to a range of clients, the business now counts international cruise lines, Europe’s largest theatrical group and a national TV network among its client base.

Founded in 2016, with support from the University of Sunderland’s Enterprise Place scheme, Jonarc is now settling into new office space in the city’s historic Sunniside Quarter. A member of the North East Chamber of Commerce and the Arts Marketing Association, the business has recently launched its new website to coincide with the move to the new premises.

Commenting on the shortlist announcement, Jonny said: “The last couple of years have been tough for everyone and to see the industry I love so much lurch from one disaster to another was horrendous.

“Staying resilient and adopting a ‘show must go on’ attitude has, thankfully, paid dividends and I’m over the moon to have been shortlisted in two categories at such a prestigious awards ceremony, recognising the hard slog me and my clients have put in over the pandemic.

“I’m so very lucky to work with the people, businesses and organisations I get to work with and I’m eternally thankful to all of the help, support and mentorship I’ve received over the years. We’re a canny bunch in the north-east and I couldn’t be prouder to base my business here.”

“Jonny has achieved so much since starting his journey to the point where he has moved from our hot-desking space in Hope Street Xchange to his own office space in Sunderland City Centre. The Enterprise Place team are incredibly proud of what he has achieved and we wish him the best of luck in the awards and all the success for the future.”

Jonny, from Moorside, spent a number of years broadcasting on the North East’s airwaves as host of Metro Radio’s weekend and drivetime schedules, earning industry accolades and high audience figures. He continues to run Jonarc alongside a daily radio show on the region’s Pride Radio, as well as holding senior marketing positions with leading creative development organisation Generator and Prima Cheese, a UK exporter of pizza cheese.

In addition to his entrepreneurial work, he is also a duty manager for the Theatre Royal in Newcastle and a board member for Sunderland’s professional theatre company Theatre Space North East.

He designed social media graphics for the household of His Royal Highness, The Prince of Wales, and created work for a cruise ship.

Most recently Jonny’s work was seen right across the region advertising the popular Hoppings funfair on the Town Moor.

The former Farringdon School pupil was most recently named as a finalist in the Federation of Small Business’ Awards in the Young Entrepreneur of the Year category and was previously a finalist in the North East Start Up Awards, returning this year to co-host the awards at the Sage Gateshead.

A win in either category would mark a significant milestone for the entrepreneur who is currently working on an innovative event ticketing start up, which he hopes will revolutionise the ticketing industry. 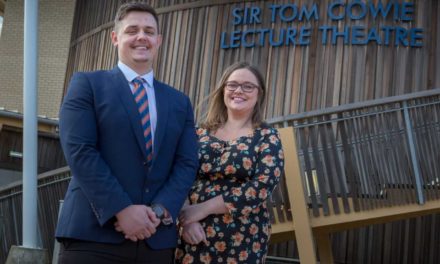 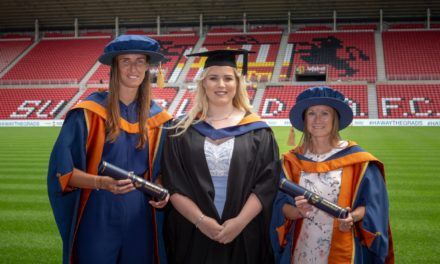 University of Sunderland: Proud of our students and proud of our city

PoshStreetFood is home to some of the BEST kebabs in Sunderland 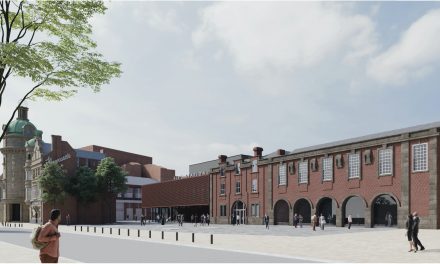